To counter Russia, US should invade . . . 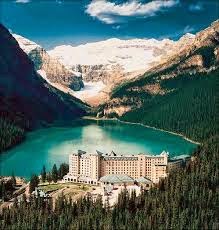 (762 words)
After more than a month of careful deliberations involving the international situation, I’ve devised a cunning geo-political strategy in regards to current crises, one that will show American strength without risking the loss of essential blood and treasure.

Many experts are saying America needs to do something assertive to stand up to Putin, that sanctions and frozen bank accounts send the message that we’re weak. Many of these experts are the same ones who assured us the Iraqi people would rise up as one and greet our invading soldiers with cheers and sweets.

I think if I’d have been among the cabal that said the Iraq War was a really swell idea I’d have quit opining on foreign relations and by now would be offering Rotisserie baseball draft tips.

I watch the news and see mobs of emphatic people in the Crimea insisting they want to be Russian. The numbers are substantial.

They must not have seen Alex Ovechkin and Team Russia play hockey in the Sochi Olympics.

I’m surprised by how many people seem eager to re-engage the Cold War. I guess that’s because there’s comfort in the familiar. But I don’t see any Domino Theory in play here.

It’s neighbors with 16 sovereign states; 18 if you include Abzhazia and South Ossetia as sovereigns, a situation that changes too frequently for Wikipedia to bother refereeing.

The neighbor with whom it shares the most border kilometers is Kazakhstan with 6,846. The shortest? That’d be North Korea with just 17.5 — and isn’t a pity no one thought to invade them instead?

Can you name another? How about The United States? We’re just 55 maritime miles across the Bering Strait from our historic arch-enemy.

Rest easy. Remember, the Palins are our first line of defense and nobody wants anything to do with them, including a growing number of sensible voters who tend to lean Republican.

My point is it’s easier to consider this Crimea situation in the context of an elastic border. I contend that this morning Crimea is Russian, but it might again be Ukrainian in two years. And these transitions could happen without bloodshed.

And for that outcome it is worth saying a short, fast prayer.

It’s not like it was 50 years ago. People all around the world are becoming more assertive about their universal rights, and the available technologies are helping agitators accomplish those goals.

It happened in Egypt, in Libya and right there in Kiev just about six weeks ago.

The situation is fluid.

Still, I understand the need for the world’s only superpower to appear strong, if for no other reason than to appease the hysterical blabbermouths over at Fox News from goading us into another ill-fated shooting war.

That’s why I suggest we invade Canada.

I pick Canada because the alternative would be to invade Mexico, which would be pointless because so many Mexicans are already here and the incentives for Mexicans to invade themselves are few.

They’re like Americans before we got all that belligerent ‘tude that came from single-handedly winning two world wars and the Cold War while Canada, Europe and Asia basically stood by and did squat.

I absolutely adore Canada, especially the sublime Canadian Rockies, home to Banff, Jasper and Lake Louise (above), the latter being among the most beautiful places I’ve ever been.

They can keep their Tim Horton’s, but that stupid metric system has got to go.

We can be The United States of America (and the rest of those other guys).

The Canadians may recoil at the brazen example of international muscle flexing — well, the couple dozen Canadians who remain sober might — but I’m sure they’ll come around when they consider what this means to their claims on international prestige.

Their biggest threat to Olympic hockey gold will now be their farm team.

Everybody but Russia. Putin will once again be denied the one thing he most craves: international respect.

And those who agitate on behalf of greater Russian liberty will be given the one thing they most need: one more reason to be pissed at Putin.