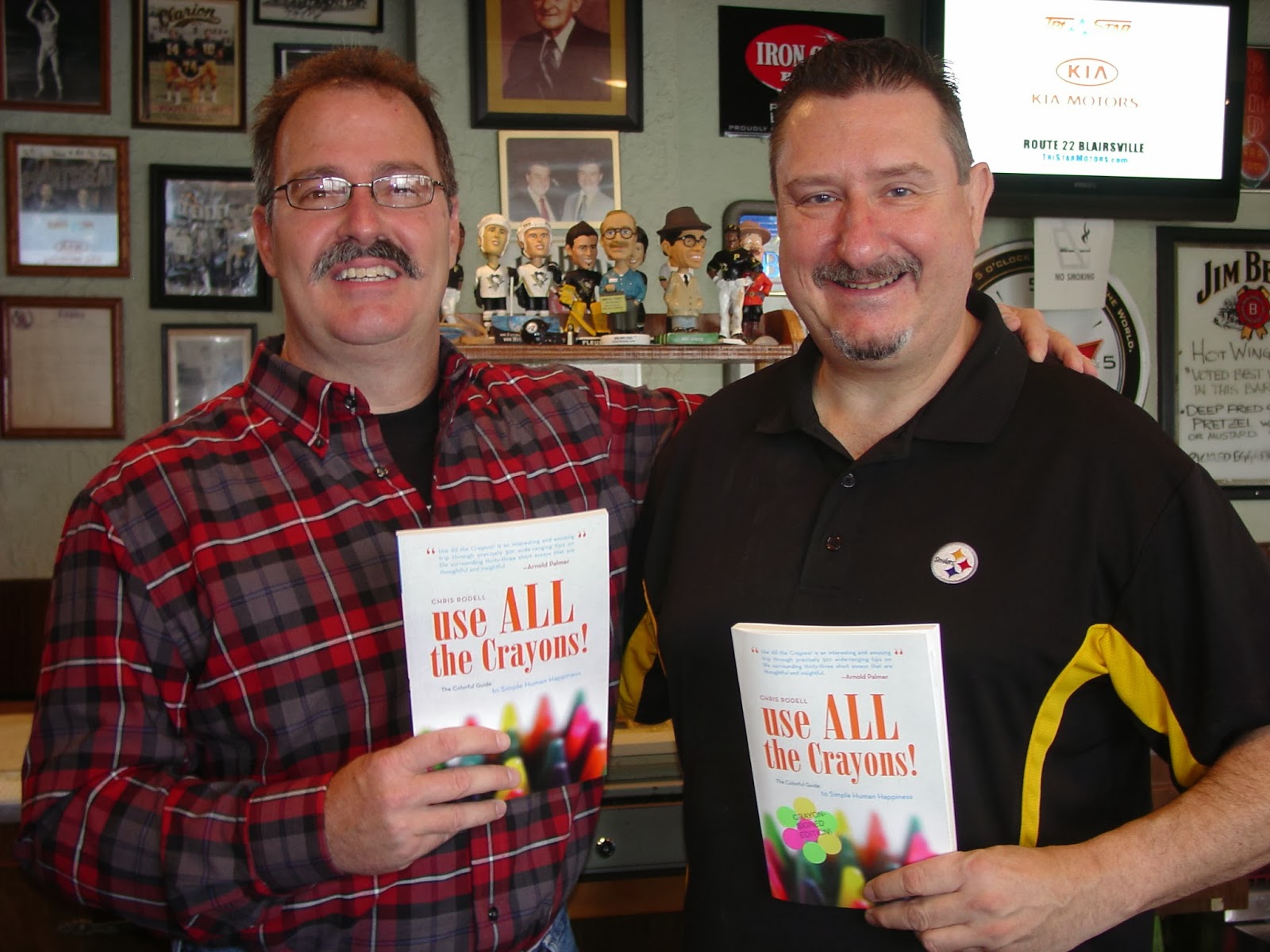 That the long-rumored change we’d for months discussed was finally taking place was evident in that there was now a new toothbrush hanging up in the little bathroom right beside mine.

My new roommate is here!

I haven’t had a real roommate in, gee, 25 years. My wife doesn’t count.

There’s a vast difference between a roommate and a spouse.

A good roommate implies a certain level of carefreeness.

There’s nothing carefree about sharing living quarters with a husband or wife. There are rules. You’re building toward a future. You’re sharing the workloads, being responsible and often raising children.

That sounds burdensome to singles, sure, but on the plus side there’s a lot of obligation-free sex.

I’ve never once had sex with any of my old roommates and don’t anticipate having any with Dave.

But, hey, he’s only been here three nights and who knows what the future holds!

So how did it come to this?

That this is going to sound like the premise for some stupid sitcom is inevitable.

See, Dave owns the building. Downstairs is The Pond, the bar he and his family have run for 60 years.

Upstairs is one of the three little apartments I’ve rented for cheap for seven years. The apartment has two rooms, a kitchen and a bathroom. I use the one room for an office, the other for storage.

And Dave is beloved. His is a true pub, short for “public house.” Everyone who walks through the doors is welcomed by name and made to feel right at home.

He lives about 25 minutes from the bar. He has a girlfriend in town, but their relationship is at times tumultuous.

Now, in a recent development he was ordered to surrender his driver’s license to the commonwealth for one year.

Feel free to judge him. I won’t. I find the nation’s DUI laws to be an excessive money-grab that do little to deter problem drunks and more and more seem unconstitutionally prejudicial against the people with whom I enjoy having a drink.

The line between the good and the guilty continues to narrow.

So here he is without a license and obliged to run a business which requires him to be on duty some mornings at 8 a.m. and not depart until 2 a.m. the next morning.

What was he to do?

The only sensible thing was for him to spend some necessary rack time in my “spare” room. Now, Dave, bless his heart, was worried him staying in my office might be detrimental to how I work.

One of the most confounding facts about my existence is how people think my kind of writing requires intensive concentration in distraction-free surroundings.

Haven’t they read my blog? It’s not like I’m up here composing brain surgery instruction manuals.

There’s always loud music playing. I type some sentences and get up and juggle my little bean bags. I sit down and type some more sentences. I get up and chip some golf balls against the wall, etc.

I wrote one 800-word blog last week in between while I was standing up and trying to play “Yankee Doodle” on my armpit.

And Dave seems to keep forgetting the depth chart here at The Pond. He owns the building. I rent here.

He’s the primary bartender and decides in what order who gets served. I come in and sip for long as he decides I’m still worthy of his pour.

He is essential to this landmark tavern. Sure, I compose all the nifty tweets that appear on the bar’s electronic chalk board but it’s not like there’s a dearth of 140-character wit in the world. Would people prefer Conan’s tweets to mine? Let’s see . . .

Conan: “I just found out my autocorrect has been programmed by John Travolta.”

All my buddies have a vested interest in ensuring that Dave is rested and happy. Imagine the backlash if I said, no, sorry, what I do is too important to risk petty disruptions.

And what kind of friend would I be if I refused him or any of our other friends in need?

Plus, I wisely foresaw advantages to having my favorite bar owner as my roomie. For instance, I might one day open my little fridge and find a six pack of Duquesne Beer chilling in there.

I’d be obliged to take the rest of the day off!

In fact, the perks became apparent this morning.

Dave found some contraband Gibbles Potato Chips -- “Nibble with Gibbles!” -- and brought them upstairs for our private consumption.

Gibbles has been out of production since 2012 so this is the bar equivalent of finding two Faberge eggs rolling around on the floor beneath the pizza oven.

Plus, I’m looking forward to doing all those things all roommates do. We can sit up for hours drinking beer, talking baseball and girls and what our lives would be like if either of us ever decides to get a real job.

So it’s so far so good. We get along great and we’re well into our fourth day as roommates.

Of course, there’s a chance bitter acrimony could still ensue.

We’re just about out of toilet paper.

I am now The Pond’s official Twitterist