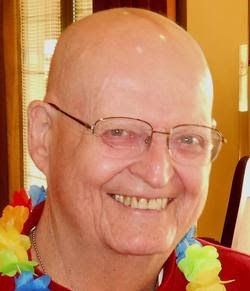 The 13 year old was carefully appraising the 7 year old and predicting her future. She’s learning in school how inherited genetic traits can be determinative in life’s path.

“See, you have the attached ear lobe and your hair’s straight,” she said. “Mine is unattached and I have curly hair. But because Mom and Dad are both writers and I’m not you’re probably going to be a writer because that gene and the attached ear one skipped me.”

I jumped right on in. I don’t want anyone telling my darling Lucy her future’s cut out for her while she still has a mouth full of baby teeth.

“Don’t go putting your sister or yourself in any boxes,” I said. “Either of you can grow up to be anything you want. You just need passion and a willingness to work hard.”

I didn’t bother telling tell them the hard work gene seems to have skipped my end of the family entirely.

I used Josie’s premise to give her a jiffy little family history.

“So by your theory, I guess that means you’re going to grow up to be either a mirthless miser or careless philanderer like one or the other of your grandfathers, yes?”

I went right on down the line. The Rodell family tree is branched with drunks, confidence men, derelicts, hard luck gamblers and shady characters of ill repute.

When you think of it in those terms, maybe Josie’s onto something.

I didn’t know enough about the man -- well, anything, really -- to bring him into the conversation. But one day soon I hope to tell the girls about my Uncle Ron.

We’d never met. Until about a week ago I didn’t even know he existed.

Remember, it was about five years ago I discovered I had a half-sister who my father had sired in his randy days as the Midnight Mayor of East Liverpool, Ohio.

I eventually learned Dad had been married twice previously before he’d met our mother. Neither my mother nor any of his closest friends knew.

He’d fathered at least one child, a daughter, who reached out to me and my brother after she’d read my “Joe Pittsburgh” story about the life and death of our father for Pittsburgh Magazine. She was very sweet and I was one day hoping to meet her in Florida where she lived. She died of cancer last year at the age of 55.

So now I’m openminded to the idea that the Rodell family tree is all forked up.

None of that was on my mind a couple weeks ago when I did a routine “Chris Rodell” google search to see if my name’s popping up in book reviews, wanted posters, etc.

That’s when I learned about my Uncle Ron.

At least, he could be my uncle. It says I’m his nephew.

His obituary appeared in a St. Cloud, Minn., paper. It says he was 66, died peacefully in his sleep, worked in an IT department and got the greatest joy in life from spending time with his family, traveling extensively, and golfing with some guy named Larry. The picture shows a warmly smiling bald man wearing what looks to be a Hawaiian lei.

It says he is survived by a sister in Georgia, a Debra Rodell (Debra was the name of my half-sister, too), and nephews Eric and Chris Rodell.

My brother’s name is Eric.

Could it be that much of a coincidence? How many Rodells are going to name their consecutive children Eric and Chris?

It’s unsettling. It’s likely he’s no relation. I mean, just how prolific could my old man have been?

I suppose one day I’ll get around to making a discreet phone call about my Uncle Ron.

Until then, I think I’ll just keep him up on a shelf and use him as a shining example of all the greatness that can run in our family. I’ll extrapolate what little I know about the man and construct a kin for the ages, someone revered around the world for this cheer and charm.

“Want to be like one of your ancestors?” I’ll tell the girls. “There’s no finer one to emulate than my Uncle Ron, a truly great man.”

Then I’ll summon up the picture of that kind-faced gent. That’s him up top there.

Papa was a Rolling Stone