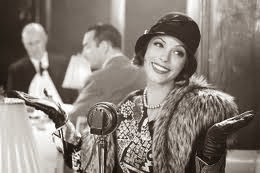 (742 words)
I try and keep people posted on our pop culture consumption by sharing my opinions of recent movies we’ve seen. But there are two movies we enjoyed very much at home about which I haven’t said a word.

It’s maybe because the movies barely say a word.

Yes, two of my favorite movies from the past few years are silent films.

The first is “The Artist,” released in ’11. It’s hard to think of a movie that had more going against it.

It was a silent movie. It was black and white. It had subtitles. It was French!

So as you may have guessed, this wasn’t the kind of film that was going to draw the spillover crowd when the latest version of “Fast and Furious” sold out.

In fact, I have no idea why in all my research it is referred to as French.

It’s not like the subtitles were French. They were English. Still, the experts call it a French film and who am I to argue?

The two stars, Jean Dujardin and Berenice Bejo, are French. But it also co-stars John Goodman, and he’s as American apple pie. Well, given his usual girth, he’s about American as six dozen apple pies.

But it scored 98 percent on RottenTomatoes.com and won five Academy Awards, including Best Picture. I figured it had to be decent.

Now we watched this movie at home and our home viewing habits are sloppy. We usually do it over lunch and are running back and forth to the kitchen for refills, salt & pepper, etc. Sometimes we’re scanning the newspapers.

You can’t do this with a silent movie.

Silent movies demand your full attention. You can’t await telltale dialogue to signal when it’s time to engage. But this movie was just great. I wholeheartedly recommend it.

I’m maybe the only observer to call this second movie a silent movie, but as you’ll see from historical precedent it, indeed, is.

It’s “All is Lost,” starring the peerless Robert Redford.

And no one else.

It was one of the most unusual movies I’ve ever seen. I read where the script was just 31 pages long. How this could be is a mystery, because Redford is shown speaking just one single word.

And, hallelujah, it is the f-bomb!

The fact will make wonderful trivia in a few years: “Name the only major Hollywood release with one word spoken on camera and that one word is the f-bomb?”

The whole film is about him fighting to keep his sinking sailboat from going under. There’s storms, sharks and all the elements that keep sane people like me on dry land.

But it’s just great. Redford’s a real treasure. He’s 77, does all his own stunts and his every gesture and glance is compelling.

I kept thinking, “He’s still handsome, vigorous and still imbued with a tremendous spark and, geez, the guy’s just four years younger than my mom. How does he do it?”

He was so good part of me began wishing he was my mom. That’d be super cool.

So there’s two offbeat films you may have missed. The titles may seem surprising coming from such a mainstream kind of guy like me, someone who just selected “Caddyshack” and “City Slickers” as weekend educational fare for the 13 year old.

Does that ring a bell? I keep thinking I’m the only guy who remembers that great 1976 Mel Brooks movie.

In the canon of great Brooks movies -- primarily “Blazing Saddles” and “Young Frankenstein” -- “Silent Movie” seems to have been forgotten. It hasn’t been on TV for I’ll bet 30 years.

I wonder if it still holds up. That was a long time ago, clear back when I thought I still had a shot at marrying Loni Anderson.

But I clearly remember “Silent Movie” featured one of the funniest scenes ever.

It’s the one in which Brooks, Dom Deluise and googly-eyed genius Marty Feldman  asked Frenchman Marcel Marceau, to this day still the world’s most famous mime, if he’d consider being in their silent movie.

So the only word spoken in a film called “Silent Movie” is said by the world’s most famous mime.