Wouldn't it be great if Flight 370 were found with everyone alive? 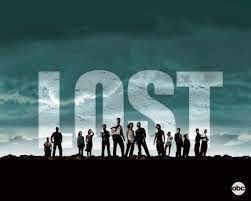 (698 words)
I hope they don’t find any plane wreckage today. Or tomorrow. Or anytime, really, in the next year or so.

And I hope when they finally do find something, I hope it’s a message in an empty wine bottle.

And I hope the message says something like, “We’re the passenger and crew of Malaysian Air 370. Below we’ve listed our coordinates. Urgent: Please send more wine!”

Wouldn’t it be great for just once in this world of woe to be confounded by a surprising blast of really good news?

Right now, everyone’s just confounded. Any day now I expect to read that Malaysian transportation officials have expanded the search area to include Kepler-22b.

That the search has been compared to finding a needle in a haystack seems erroneous. We can’t even find the haystack.

And we’re subjected to a daily drumbeat of speculative doom and grim conspiracy theory.

The plane was blown up. The pilot deliberately tanked it in the ocean. It was highjacked.

I guess you’d lose your cable news aviation commentator job if you went live and said, “Well, no one really knows what happened and I’m hoping maybe they landed on some lush tropical island so splendid they decided it’d be fun to just hang out for a while.”

That’s sort of what happened on “Lost,” the equal parts compelling/equal parts looney ABC show that ran from 2004-10.

The show featured a flight of mostly strangers who’d been en route from Sydney to Los Angeles when it disappeared. Many of the survivors wound up on a floating island where they romanced one another while dodging various malevolent entities including a smoke monster, an Arctic polar bear and mad scientists from the Dharma Initiative.

Of course, I consider that hysterical nonsense and wonder how come I can’t get my straight-forward novel published.

Maybe I should re-write the damn thing so someone who looks like Evangeline Lilly could play the bedridden last baby boomer.

But the show was very popular. It ended when -- Spoiler Alert! -- everyone with any sense quit watching because it became too outlandishly preposterous.

I do recall it had some sort of happy ending and I admire it for that.

That’s why I’m hoping against hope we’re all surprised by a happy ending for Flight 370.

We need more of them.

Do you remember the Quecreek mine rescue? It was July 24-28, 2002, during a dark American epoch. These nine coal miners got flooded out deep down about an hour from where we live. I snagged some assignments to do spot news.

I remember the commentators were universally grim there, too.

“Oh, they’re probably already dead. It’s a catastrophic result. The hopes are too slim to consider.”

Yet all nine miners got out alive.

I remember interviewing one of the rescued miners. I asked what he thought about for those 77 hours in the subterranean gloom. Did he pray? What did he think about?

I’ll never forget his answer: “I thought if I ever make it out of this hole alive I’m going to spend the rest of my life getting stoned immaculate.”

He’d been back above ground for just 24 hours and he was well on his merry way.

I should call that guy. I’d like to hear his stoner opinion on when it’s okay to hope in the face of utter hopelessness.

Because we every once-in-a-while need to see the doors of impossibility get flung wide open.

We need the Make-a-Wish kid to beat the odds and live a long and happy life. We need to be inspired. We need to see the long-time loser baseball team come back from three games down to win Game 7 of the World Series.

We need to be reminded we live in a world where miracles do happen.

Of course, it looks highly unlikely any of that’s going to happen here with Flight 370.

The bitter pessimists are likely right. There’s no chance. This one’s not coming back.

Miracles & deaths at our ball and amusement parks

How old will you be in heaven?
Posted by Chris Rodell at 1:22 PM