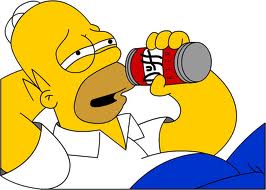 (566 words)
You can tell the DUI laws have become too tyrannical when every Monday we gather to grade which of our friends or celebs had the more hilarious arrest.

No longer stigma, no longer deterrent, it’s all about chatter and cash.

The Reese Witherspoon tirade reads on paper like it’s her most entertaining performance since 2001’s “Legally Blonde.” She is quoted as asking the officer who was arresting her husband, “Do you know what my name is?” before predicting the incident would make the national news.

She was right about that, but probably not for the reasons she might have at the time suspected.

Maybe her next role should be as a klutzy fortune teller.

By comparison, the arrest of broadcaster Al Michaels was a snoozer. I was hoping the man who immortalized the 1980 “Miracle on Ice” U.S. Olympic hockey team would have said to his arresting officer, “I’m Al Michaels . . . Do you believe in miracles!”

And if the cop was on top of his game he could have responded, “Yes! Do you believe in Accelerated Rehabilitative Disposition?”

They say impairment begins with the very first drink. If that’s the case then I’ve been impaired since 1976.

And there’s no trifling asterisk to that. I’ve never even been pulled over for DUI, let alone had to do the Stupid Human Tricks.

What’s my secret? I don’t have one.

If I did, I guess I’d bottle it, after adding, of course, some 90 proof alcohol to further boost sales.

I live near my bar and my office is above the tavern. So if I get too gooned up, I stumble up the stairs and take a little nap, but that can’t explain it.

I’d be a sanctimonious hypocrite if I ever said I’m more law-abiding than my many friends, loved ones who’ve been nabbed.

The law of the land says 0.08 is the legal Blood Alcohol Content limit for driving drunk.

One report I read said that was exactly the number Michaels blew into the breathalyzer, leading me to believe the professional in him is chagrined he could not have broadcast the down-to-the-wire result. It would have been very dramatic.

I believe there are many professional sports broadcasters who wake up every morning with 0.08 BAC.

So he’s sober by that collegial standard.

And let’s consider that 0.08 number for a minute.

What alarms me is the natural trajectory toward zero tolerance, a downward spiral where having even one beer and a sniff of some heady petunias will be enough to bump you over the limit.

Below I’m including links for my innovative suggestions aimed at keeping drunk drivers a safe distance from sober folk. This includes having Designated Drunk Driving Hours and one about vehicles that would illuminate anytime anyone drunk, angry or stupid was behind the wheel.

But I’m hoping you’ll join me in gearing our laws less to unattainable zero tolerance and more toward realistic and fair interpretation.

That’s enough for today. I’m keeping it short because I know this post has probably made many of you thirsty and eager to get to the bar.

Oh, to be hungover in Houston
Posted by Chris Rodell at 6:12 PM