My book featured in USAToday.com 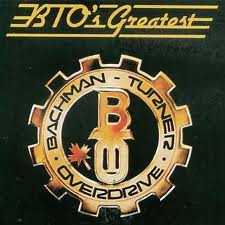 (732 words)
The first e-mail arrived about four minutes after USA Today.com posted the article, and here’s the link to the latter.

“Great story!” read the comment from a Jasper, Alabama, man. “Can I have a free book?”

Within the next three hours, I’d get another 33 e-mails with some variation of that request.

The national publicity bonanza that I’m hoping will boost “Use All The Crayons!” has already cost me $189.20 in postage and free books.

Any more of this kind of “success” and I’ll need to risk stiffing Comcast for another month.

Of course, it is all my fault. It was my bright idea to include on the very first page of the book, “This Book is Free,” followed by the note explaining I’ll be happy to send for free a book to anyone who is struggling and can’t afford one (U.S. servicemen and women are entitled to freebies, too). I’ve since broadened the criteria to anyone who asks nicely.

I do this for two reasons: One, I believe it would be wrong, immoral almost, to withhold something that might help make someone happy -- and my book is making everyone who reads it happier -- over a few measly dollars. It costs me $5.75 in postage and publishing costs to send a book first class to those who request one.

I spend about that much on free drinks anytime cheerful strangers sit down next to me downstairs at the bar and the exchange invariably leads to a new friend.

The second reason has to do with pure karma. I believe if I help people people will want to help me. Those that can’t afford to buy will buzz up the book; those who can will buy the book.

That’s the part that drives Gladys Edmunds bonkers. She’s the one who wrote the USA Today article about me 13 years and four months after I’d written one about her.

She’s one of the most successful and inspirational entrepreneurs in America. As a 16-year-old single mother, this African-American kid from Pittsburgh knew she had her work cut out for her.

I remember she started off making good money selling Bibles, a venture she stopped after reasoning a book that concluded with eternal life was a dead end job.

What would she do after everyone in the world had one of her Bibles?

So this teen mom started organizing bus trips to the malls, the race tracks and places like The Poconos. She eventually began running the travel needs for top city corporations and The University of Pittsburgh. She became a millionaire and chummy with Oprah.

I wrote about her in the Feb. 27, 2000, editions of National Enquirer. She says it was the best story anyone’s ever written about her, praise that says more about the euphoric way National Enquirer presents a great story like hers than it does about about any skills of mine.

I sent her a book last summer because I’ve always admired her and because it gave me the opportunity to imagine her fainting dead away that anyone would give anything of value away for free.

“What kind of business plan is that?” she fumed. “You need to tear that page right out of every book! Why would anyone buy a book when you’d give them one for free?”

She decided to feature me in the story after seeing a table with about a dozen of my books at the Monroeville Barnes & Noble as a great gift for grads. I went by later that week and they’d sold out, each for the retail price of $15.95.

See, what I’m offering isn’t a diet pill or a cure for baldness. Sure, the book is full of giggles, but at its heart it is something pure and the last year has shown that’s really resonating with people.

And I continue to believe that will be enough to eventually make the book subtitled “The Colorful Guide to Simple Human Happiness” a real success.

Judging just by the more than two dozens notes I received this week, in many ways it already is.

So I’ll continue to give them away for free to anyone who asks nicely because, in spite of the cost to me I believe it’ll ensure good things will continue to happen to me.

It’s just my way of taking care of business.

Email ThisBlogThis!Share to TwitterShare to FacebookShare to Pinterest
Labels: Chris Rodell, Entrepreneurial TIghtrope, free book on happiness, Taking care of business, Use All The Crayons