The killing in Mister Rogers' Neighborhood 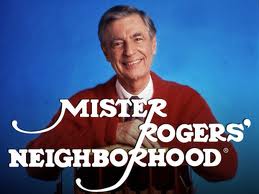 (775 words)
It was the first standoff I’d seen where people brought folding chairs so they could sit down.

It lasted about 18 hours after the fuse had been lit in the Lincoln Avenue pharmacy I pass every day on my morning strolls. It’s where Scott M. Murphy, 46, robbed at gunpoint a pharmacist of several hundred OxyContin pills and drove about two miles away to barricade himself in his home on a busy Latrobe street.

As I’d never met Scott Murphy and he was threatening police with automatic weapons I began to channel all my thoughts in one law-abiding direction: kill Scott Murphy.

This the police did at about noon Friday. It all played out on live TV.

One casualty: Trooper Brian King, 44, is recovering from wounds to the eye that resulted after he and his team stormed the house and Murphy fired a bullet that shattered his protective face shield.

The news was still on the tube when we began to gather for Friday Happy Hour. Although no one would ever confuse us for Latrobe’s high society, we felt free to indulge in catty remarks about our neighbors reporters chose to interview on camera.

We didn’t like this one’s piercings, that one’s tattoos and generally concluded our local tourist industry was unlikely to surge based on the broadcast comments of people identified as Latrobe residents.

“Why couldn’t someone have talked to Arnold Palmer?” one wag wondered.

But after hearing a bit more about Murphy, I wish we could all have heard from another famous Latrobe native.

I wish we could have heard from Fred Rogers. He was born here in 1928 (one year before Palmer) and modeled much of his show after growing up in Latrobe.

There’s a smiling picture of Fred Rogers on a billboard welcoming people to Latrobe. It’s just a mile away on the same street where police ventilated Murphy.

Despite the proximity, I doubt Murphy ever watched the show. Few heroin addicts do, I guess.

Watching “Mister Rogers’ Neighborhood” is sort of a civic obligation for those of us raising children in Latrobe. I watch it once a week with our sassy 7 year old and sometimes wonder if I’m getting more out of it than she does.

So it’s a win-win either way.

He lives on in our promotional brochures, on our utility polls and at the Fred M. Rogers Center for Early Learning and Children’s Media here at St. Vincent College.

Three days later and I’m now troubled by this shooting and wonder if Murphy had to die.

From what I read, Murphy had been a pretty ordinary guy right up until 2011. Then on the day after Christmas that year, Lisa, his wife of 21 years, died. News reports say they had at least one daughter and a step-son.

“When I met Scott, he was always nice,” one neighbor told reporters. “But he’s also a drug addict. It was all downhill after his wife passed away.”

It’s a safe bet the hostage negotiator hasn’t watched much Mister Rogers lately -- and the term “hostage negotiator” is a bit of a misnomer for a police action that involved zero hostages. Had he been familiar with Rogers’ philosophies, it’s unlikely he wouldn’t have addressed Murphy with bullhorned taunts like, “Don’t be a sissy! Come on out. Be a man!”

That seems less like a hostage negotiation than the words a bar bully might shout to goad a weaker man into brawling.

There’s a police press conference today regarding the Murphy killing. Maybe it’ll reveal the reasoning why officers had to risk their lives to storm the house of a man who seemed to me had nothing but time and bags full of OxyContin.

Nothing can be done for Murphy and a lot of my neighbors are saying good riddance. He had it coming and who am I to argue he did not?

But many of our neighborhoods are full of drug addicts. We can’t just kill them all.

Here in Latrobe we just killed one and simultaneously created at least two fresh orphans and will now live with all those cascading consequences.

We live in a world in which we need to share responsibility. It’s easy to say, “It’s not my child, not my community, not my world, not my problem.” Then there are those who see the need and respond. I consider those people my heroes.

Dead 10 years, he still has so much to say in a world that now needs his warmth and wisdoms now more than ever.

Be sure to check your local listings.