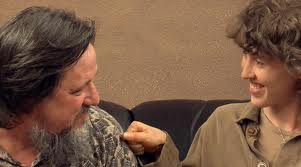 (798 words)
I have an idea that might bring all of humanity together and it involves inflicting painful surprises on unsuspecting foreigners.

Now put down those crowbars. Our intention is to unite, not maim.

No, I’m on a crusade to find the most universal expression in human linguistics, a word that transcends borders and dialects, something that is instantly understood by every single human on the planet.

Because I think there’s only one word and if we can identify it, then that’s something upon which we can build.

Understand, this isn’t the world’s most popular word, which reputable sources declare is “okay.” Unlike Coke, “hello” or McDonald’s “okay” is an American export that has been embraced even by people who hate America and Americans.

Think about it. You could one day be wrongly imprisoned in a Turkish prison and the one-eyed cafeteria cook could point his bent ladle at a tub of gruel and you could say, “Okay,” and -- voila! -- you’re communicating and on the road to friendship.

I was surprised to learn “okay” is, according to the venerable Oxford English Dictionary, only 174 years old. Of course, in all the years prior to 1839 there was no electricity, no in-door plumbing and virulent diseases rampaged humanity.

In fact, you could say nothing about the world was okay until the 1970s when the the Pittsburgh Steelers started winning Super Bowls.

One story says “okay” is an initialism that stood for “oll korrect,” a jokey Boston newspaper construction of the more proper “all correct.” So a term meant to convey everything was correct is itself laced with inkorrectness.

And this isn’t about the most common word, the top 10 of which are as follows:

Those are boring, utilitarian words that add zero zing to our communications.

I’m looking for a word that is as immediately understood by people who speak Swahili as it is by those who communicate in Mandarin.

I thought it might be “Ha!” But that seems exclusive to Western speech. What indicates humor to us might be interpreted differently by Eastern cultures I hear using “Ha!” as part of martial arts exercises.

For example, you could see something that strikes you as funny in some parts of Asia and exclaim “Ha!” and might receive a karate chop to the throat from someone who mistakes your laughter as a sign of pending attack.

I thought about the common Western expression, “Ahhh . . .” Many of us say, “Ahhh . . .” when we see a new baby or a kitten chasing a butterfly.

But that’s far from universal. Someone who sufferes from gum disease might hear someone say, “Ahhh . . .” and reflexively open their mouths in anticipation of dental intervention.

And there are many sour people who you just can’t imagine saying, “Ahhh . . .” about anything. Dick Cheney comes to mind.

Show Cheney a picture of “E.T.” and he’ll think about the tactical adjustments necessary to waterboard the alien’s toaster-shaped head, a procedure that would inevitably lead the extra-terrestrial to utter the one word I think is universal to mankind -- and beyond.

Yes, after much thought, I think the most universally understood expression is one of surprise pain.

We say it without thinking anytime we stub a toe, bump our heads on a open cabinet corner, or hammer a thumb instead of a nail.

We say it before the inevitable profanity, which I think is maybe the 11th most commonly used English word.

I’m convinced here in America my theory is correct. But further research into different cultures is needed.

That’s why I’m asking Americans to do something, sadly, many Americans enjoy doing without even the slightest provocation, let alone for purposes of scholarly research.

Yes, I’m asking you to punch a foreigner!

Not in the face or the stomach. For this to be done properly, the research punch must be administered right in the arm. Make a fist, hinge the arm at the elbow, and deploy a brisk descending blow to the outer arm.

Greek, Kenyan, Saudi, Thai -- I can pretty much guarantee that’s the first word you’ll hear followed, of course, by a torrent of angry profanity you’re unlikely to understand.

Americans are targets, too, so my international friends should feel free to go ahead and whack us right back.

I think it might help people blow off steam if we could, strictly for research purposes, go up and blast an unsuspecting stranger in the arm.

Who knows? Maybe the interaction will lead to a recognition that we need more words and expressions to bring us together.

And when that happens then everything all around the world will be fine.