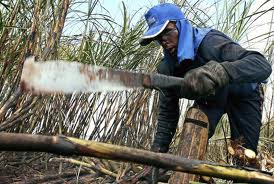 (731 words)
As Edward Snowden begins his third week as the world’s least interesting most wanted man many are still thinking about secret courts, potential asylums and on-going threats to privacy.

Me, I’m thinking about a deceased Evansville, Indiana, attorney named John Clouse. He died in 2008 at the age of 82.

Married and divorced seven times, Clouse to me was the brightest and most fascinating man I’ve ever known. He fought the Battle of the Bulge and spent the rest of his life living up to the self-made promise if he survived the carnage he’d live an entirely original life.

He became the world’s most traveled man. That’s how I made his acquaintance.

I was doing stories for National Enquirer in 1994 when I read that he’d been to 344 of the 345 of the world’s countries, islands and territories. I knew “World’s Greatest Globetrotter!” was a cinch Enquirer story and I was right.

What I didn’t know was over the next 10 years, Clouse would become my go-to guy anytime I needed an interesting anecdote for any offbeat story.

When Maxim asked me in 1999 to do a story on what it’s like to eat testicles, I figured I’d call Clouse and ask if he’d ever eaten any.

His question back to me: “What kind?”

An adventurous gourmand, he’d dined on about six or seven testicular varietals. Anything outlandish, I asked.

“Well, I ate some elephant ball soup once -- and, no, it didn’t come in a really, really big bowl.”

And he proceeded to tell me about the night in Berlin in 1968 he enjoyed a warm bowl of what was called Elephant Soup Burundi.

Declining his many invitations to come meet him for a drink in Evansville is one of my greatest regrets. I mean it.

I did a story -- actually a Q&A (not the Q&A) -- about him for Playboy in 2005 that allowed me to pose 20 questions about some of his greatest hits. You know, favorite city? Best meal? Loveliest women? Here’s a link.

But Snowden’s escapade had me thinking of one question I recalled from a previous conversation: Favorite disgruntled hijacker story?

He said: “I used to run into these old hijackers in Cuba back in the ‘70s. Everyone of them thought they’d arrive in Havana and become kings. Well, that would last about a day. I met one guy and he said a day after he’d arrived they handed him a machete and put him to work chopping sugar cane under the blazing sun. After a few weeks of that, he’d run away, get caught and sent back. He told me a dozen stories and every single one of them ended with  ‘. . . and then it was back to chopping that 'goldanged' cane.’”

(I'm substituting 'goldanged' for what the erstwhile hijacker really said so as not to offend any NSA readers who might be of a prissy bent.)

Anyway, I think that’s sort of what’s in store for Snowden.

Maybe I’m suffering from almost 12 years of post-9/11 outrage fatigue, but I can’t muster even mild pique that the NSA is using the same investigatory techniques young singles deploy before agreeing to a blind date.

Personally, I like the thought of NSA minions sitting around reading my blog -- and it helps to think of them as actual minions like the ones from the “Despicable Me” movies (we saw and loved the sequel this weekend, by the way).

The idea of privacy in land of ubiquitous smart phones, social media and street corner surveillance cameras just strikes me as doily quaint. And I like the idea of these tools being used to thwart terrorist attacks.

I guess the best advice to those furious about the deconstruction of these once monumental walls comes from another old spy, Austin Powers, who used to wisely council, “Oh, behave!”

I feel bad for Snowden. Like those old hijackers marooned in Cuba, he thought he was going to be hailed a hero.

He’ll likely never to see America as a free man again and I bet he’ll live out his life wondering if there was a less sensational way for him to express legitimate concerns.

And I’ll bet he’ll have  a lot of time to think about it.

I imagine Venezuela right now has a bumper crop of sugar cane that needs tending.

“All Are Bored!” Why I prefer trains

Bonding over spy sex scandals
Posted by Chris Rodell at 10:58 AM