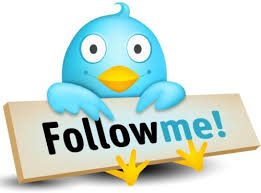 If I’d rank my July 8days2amish twitter offerings I’d say this was about a 5 out of 10 -- and readers familiar with my work know my raging vanities. So you’ve been warned.

Or maybe I’m just too demanding of tweets, which would be insane.

I’ll let you judge for yourself.

• Still stunned Cap’n Crunch isn’t a Cap’n. What next? Will they reveal that Count Chocula isn’t really a vampire?

• If any of the Civil War re-enactors die at Gettysburg, will their deaths count in the war totals? Is it possible this could swing the outcome to the South’s favor?

• I don't drink to get drunk. I drink because if I didn't drink bars where I like to sit for 4 or 5 hours at a stretch would throw me out for vagrancy.

• Here's what a poor judge of character I am: I thought Gronkowski was the biggest jerk on the Patriots.

• I sleep each night flat on my back, arms folded over a lily to make it easier for undertaker just in case I should die before I wake.

• Outraged over pic of Julianne Hough draped in nothing but the flag. I wish some passing patriot had ripped that flag away.

• Edward Snowden is our least interesting most wanted man.

• I always use whomever instead of whoever cuz I figure no one knows which is proper and using whomever makes me look like a real smarty pants.

• I wonder if Nevada prosecutors ever tire of telling jurors the suspect shot a man in Reno just to watch him die. #theManInBlack

• New neighbor told me she loves it here. "Everyone is so nice," she gushed. Told her if that's the way she felt she's hasn't met everyone.

• It makes me furious that if I ever get into a you-think-you're-better-than-me argument with Ashton Kutcher, he'd win.

• I think we should change the national anthem to the theme from "The Price is Right." It's so perfectly exuberant.

• It’s true: WOW is MOM upside down! Just take my word for it. Now, put mom down.

Fab actress Holland Taylor following my tweets! Are you?
Posted by Chris Rodell at 8:16 AM