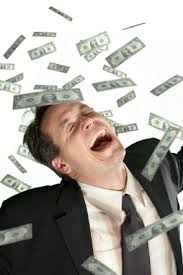 (658 words)
I try on my near-daily strolls to keep my eyes on the horizon. I enjoy the scenery and wouldn’t want to miss any friendly faces that might be ready to brighten my day with a smiling howdy.

But to be looking up and around all the time is risky. There are puddles, root intrusions and other sidewalk inconsistencies ready to trip distracted pedestrians.

Ideally, I’ll one day evolve a third eye pointing down out of my chin. It will make  shaving more perilous, but will decrease the odds I’ll ever trip or have my Sketchers fouled by dog turds.

That’s what almost happened yesterday. I was motoring along when out of the corner of my eye I spied a big wad of discarded gum smack dab in the middle of the sidewalk.

I was beginning to take evasive maneuvers when I noticed the frenzy of activity crawling all over the gum. There were I guess about 100 ants.

And they were having a party.

It reminded me of how humans looked that November night 23 years ago when the Berlin Wall came down. I don’t think I’ve ever seen a species behaving more euphorically.

And more were on the way.

It was like the ants had texted all there friends to get their ant butts over to the 1200 block of Ligonier Street because a giant wad of gum had just fallen straight out of the sky and there was plenty for everyone.

The joy, the utter satiation, was so evident, so complete, that for the first time in my life I envied an ant. At that moment, those ants wanted nothing but gum and there was all the gum they’d ever need.

I was witnessing one of nature’s most humble species pitched into a state of sheer nirvana.

It sounds like some scientist’s idea of a math prank, but I’ve read if you add up the weight of every ant on the planet, it would exceed the combined weight of every human. And that includes guys like 360-pound Steeler nose tackle Casey Hampton.

Another ant fact: Ants can be found on every continent on Earth except on the one that seems named in their honor. Yes, there are no ants on Antarctica.

I tried to think of the human equivalent to ants having a wad of gum fall out of nowhere and came up blank.

I’ve seen stories about highway frenzies when Brinks trucks started spewing loot, but that wouldn’t be very communal. Individuals would grab all the cash they could and flee.

Most of the things that would give people mass happiness -- free booze, drugs -- are too illicit for people to really revel in.

I’ve been to some great pig roasts and once feasted at an outstanding crawfish boil back in Nashville, but those tastes aren’t universal.

How about chocolate? That’s something most of us enjoy. Let’s say a giant chunk of chocolate just crashed down from the heavens -- and for it to be scale equivalent to the ant-to-gum ration it would need to be about the size of a Target store.

Local authorities would rope it off, HAZMAT crews would be deployed, tests would be conducted -- guaranteed nobody would shuck their shoes and start climbing all over it to start nibbling off bites.

And you’d be ridiculed if you suggested just maybe the giant chunk of chocolate was a gift from God, as if He thought, “You know, they’ve had it pretty tough lately. I think I’ll just drop a great, bit chunk of milk chocolate on them so they’ll understand that sometimes great gifts can fall straight from the sky.”

Maybe we could learn a thing or two from the wise old ants.

I wish I could leave you with a more profound conclusion, but one is proving evasive.

So there you have it.

Just a story about ants and gum, something for you to chew on.

Email ThisBlogThis!Share to TwitterShare to FacebookShare to Pinterest
Labels: ant facts, ants on gum, Casey Hampton, what if it rained chocolate, what makes humans happy