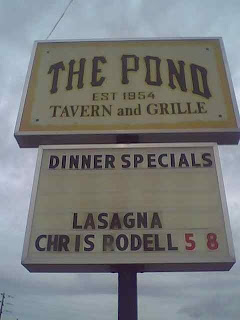 It’s taken me three years to hit the 2,000 tweet mark at 8days2Amish, which I did last week.  I’ve probably done about 2,200, but I’ve always ruthlessly gone back and weeded out ones that I deemed inferior. Lately, I just don’t tweet them. I think that shows with this batch. Many worthy ones here, I believe. I invite you to judge for yourself.

• Anytime I think I'm a bad father I remind myself my 12 year old can name all five Traveling Wilburys and I'm again at peace.

• I remain amazed "beer" and "mirror," words with just one letter in common, are a near-perfect rhyme. Beer, is there nothing you can't do?

• Saw a friend I hadn't seen in 30 years. He said I looked great. Even the paunch? Yes. He said it gave me gravitas. More like gravy-tas.

• Teaching is like preparing Thanksgiving feast w/ 40 in-laws crowding the kitchen, each one offering advice on how to prepare perfect bird.

• News reports say Mandela in "serious" condition. Has anyone suggested treating him with laughing gas?

• People love waffles, yet get impatient with wafflers. Something's gotta give.

• In the future, suspicious parents will be able to purchase smart pants for kids that will ignite when the pants detect the youths are lying.

• Unlike Takei, my tweets are 100 percent authentic. And that which doesn't kill me can only make me stronger!

• I know it’s dishonest, but I find it irresistible to run into crowded rooms to yell, “Dick Cheney’s gonna be on ‘Dancing With The Stars!’”

• Am I a bad father for leaving sweet notes to each of my daughters that say, "You'll always be my favorite . . . Don't tell your sister!"

• Told the 6-yr-old I'd give her $1 if she could get her ears to produce sound. Finally gave her a buck when I feared her head would explode.

• I'm hoping Bill Belichick is an eventual character witness for Aaron Hernandez & breaks down on the stand after telling a story about a boy and his puppy.
Posted by Chris Rodell at 1:32 PM