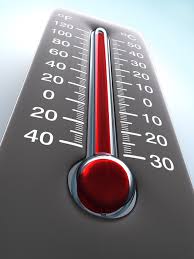 (762 words)
This is going to sound contradictory, but being without air conditioning is making me the coolest man in town.

During this sweltering season, I continue to defy conventions that say without air conditioning it’s impossible to exist.

Let me clarify: There’s air conditioning at the place where three girls let me sleep.

If I suggested we go without they’d tell me I had to leave and they would continue to live in the air conditioned place where I played a role in helping to conceive two of the three voters.

So that’s not my call.

What is my call is not having AC in my vehicle or in my office; the first an inconvenience, the second a decision.

I used to consider the small office window unit AC a summer must. I did this out of habit even as took no joy from its meager chill.

First of all, it made the office too dark and I prefer sunshine, even when it’s baking me to a crisp.

Second, it turned the place into a tiny prison cell. No air could enter. The window needed to be sealed for the AC unit to function. That meant not even a breath of air would puff around the office, even in the early mornings when the day’s still pleasant.

Lastly, I began to resent its inefficiency. It would cool down only the left side of my face, the part nearest to the blowers. The rest of me was still sticky.

I told Keith, the bartender, about it and he responded with a question: “Your chair swivels, doesn’t it?”

A problem solver, he was suggesting I spend my day twirling around in my chair like some human washing machine agitator to distribute the cool more evenly.

So I tried it. It did distribute the cool, but you have no idea how difficult it is to type even a simple sentence when your fingers are trying to re-locate the computer keys every three seconds as your hands spin over them like a monkeys on merry-go-rounds.

His suggestion meant productivity would be impossible. Plus, spending my day up here spinning ‘round and ‘round meant I wouldn’t need to spend any time in the bar getting dizzy by alcoholic means and that would deprive me of Keith’s company and I’d miss him.

So I’ve decided to go without office air. It isn’t easy, but I can work from the library or home during the oppressive afternoons.

I’ve yet to take my computer into the bar for fear that I’d write something so brilliant I’d dump the office altogether and just spend my entire day in the bar, a move that would certainly result in Val eventually tossing my stuff out onto the yard, giving Keith a whole raft of new problems to solve.

The car’s another matter. I noticed on the first hot day in May that the AC was kaput. It was something I’d need repaired, for sure.

At least that’s what I thought until the boys at the garage gave me their diagnosis.

“Order your men to drop their tools and back away from my car,” I commanded. “I don’t want them to touch it.”

Instead of spending $729, I spent $14 on a really tight haircut. The Saturn has 106,992 miles, but the windows still go up and down. A tidy haircut meant I could drive anywhere with the windows down and still appear presentable.

No matter the discomfort, I can’t afford $729 for something that just 50 years ago was considered a posh luxury, the modern equivalent of in-home car elevators like Mitt and Ann Romney enjoy.

See, that’s the thing. Air conditioning is a relatively new phenomenon. The first in-home air conditioning didn’t exist until, in fact, 1914; the first air-conditioned car didn’t tool along until the 1939 Packard.

Prior to that, our ancestors just toughed it out. If they could do it, why can’t we?

The stance is turning me into a quasi celebrity. People are asking me I’m still hanging in there. They want to know if I can make it all summer.

I think this could finally be my long-elusive niche: I’m the man too cool for AC.

You could say it’s the role for which I was destined.

That I’m a natural.

On the hottest day of the year, a toast to ice
Posted by Chris Rodell at 12:21 PM

That's, um, 'cool' I guess. Heh. But think of what you are missing. Besides, maybe your AC isn't beyond repair; there's probably just something amiss about your unit causing it to not circulate the air properly. It's only a matter of fixing the air flow by checking up its fan and its internal components.

I agree with Willow. There are pros and cons when you have no airconditioning unit, and you have to consider them all. It's advisable to shutdown AC units during winter, but not during summer. Our ancestors might be able to sleep soundly at night even though they didn't have AC units, but I think it's not applicable to our generation. Anyway, I like the way you've written this. You're indeed a cool man. :)

AC units are very helpful to us, especially during summer. We might survive the season with electric fans, but it's more comfortable if we have installed an efficient AC. Well, our whole HVAC system is necessary for us to have a comfortable temperature in our house. Anyway, like what Tommy said, this post made you so cool. Thanks for sharing! :)