Re-run Sunday: I have no black friends 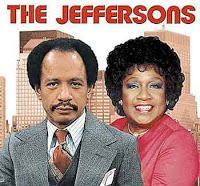 Given this week's racial convulsions, I figured this from August 2009 would be a good re-run. Four years later and I still don't have any black friends. I'm guessing the same is true for many of my white friends. And we're all the poorer for it.

The others are named Mike Tomlin, Lawrence Timmons, Ziggy Hood and Maurkice Pouncey.

Of course, many of even my redneck friends like those guys, too, but only because they are members of the six-time Super Bowl champion Pittsburgh Steelers. Sure, they’re black, but, man, they’re also Black ‘n’ Gold!

It's just too bad not a single one of them has the slightest inkling of the fact.
Posted by Chris Rodell at 10:19 AM

Email ThisBlogThis!Share to TwitterShare to FacebookShare to Pinterest
Labels: America after Zimmerman, blacks in Washington, how to make black friends, i have no black friends, Latrobe PA, race relations in America

Chris: i wonder if any of your redneck friends read the blog and if they recognize themselves as appalling racists?

Thanks, Tom, but none of them read the blog. I try and make my feelings known, but I'm doubtful any of them would ever change their minds based on my nagging. I speak up when I can, but not nearly as much as I should. I appreciate you taking the time to read and comment.