Too self-deprecatory? Me? Here's why 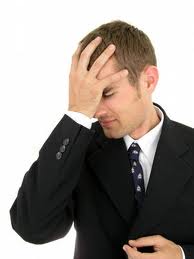 (998 words)
A friend of mine who’d enjoyed my book had one gentle rebuke: I’m too critical of myself.

“You go too far in your book -- and your blog, especially -- about your failures,” he said. “You’re too hard on yourself. You’ve had many successes and you’ve done so much that many of your friends admire. We’re proud of you. You should be proud of yourself.

“Why are you so relentlessly self-deprecating?”

Well, for starters, I’m married and marriage is a terrific antidote to excessive ego.

Married men can believe in our hearts we are good husbands, good fathers, good providers, etc., but each of us has nearby matrimonial reminders ever insisting we should all be doing better.

Those voices help keep our spirits grounded. In fact, those same voices sometimes helps keep the rest of us grounded when it says we’re spending too much time out watching baseball with the boys.

Another key factor in my self-deprecatory ways is how I earn my so-called living. I’ve for 21 years been a freelance writer.

I used to say I knew I wasn’t working hard enough if I didn’t receive at least one rejection a day. And pardon me for a little self-deprecatory diversion, but the ethic always reminded me of what it was like for me being dateless in high school the week before prom.

All that professional rejection can warp your mentality.

True, I’ve enjoyed many successes. The problem is they all ended in embarrassing failures.

Example: I was a valued contributor to what was then a high-profile golf magazine start-up called “Maximum Golf.” The magazine was getting a lot of attention for shaking up the stodgy golf publishing world with bright features and lively writing. It was Rupert Murdoch’s baby and he told the staff he was so confident of its success he was going to throw money at it.

It was 2000 and a lot of that money began raining on me. In no time I became one of their top contributors. In fact, one of the editors invited me to New York City to meet the staff and thank me for my work.

He took me out to a swanky dinner and lavished me with praise. He said -- and these were his exact words, “The magazine is doing gangbusters and you’ve become a big reason why. Everyone loves your stories. We’ve been assured the magazine’s future is very bright and I promise you’re going to be a big part of it.”

Two weeks later, that same editor called and said Rupert had changed his mind and he was closing the magazine.

I didn’t care. My novel was about done. This was where I was going to make my fame and fortune.

It’s a satire based on the fact that the last baby boomer will be 116 in about the year 2079. People will be so sick of baby boomers by then they’ll put him in a museum suite and charge $25 for people to visit with him for 15 minutes. If they’re in the room when he dies, they win the jackpot.

But he just won’t die and greedy hijinks ensue.

I polished that sucker and with high hopes sent three standard chapters to a prestigious literary agent in 2001. The guy called me back five days after I’d mailed it.

That was like getting a text from Mt. Olympus. He said he loved the premise and the crackling writing. Would I send the rest of the manuscript right away?

I swear, my first thought was, “Should the Cadillac be black or red?”

I never heard from him again. No rejection. No critique. It was like he’d been abducted by aliens.

It was maddening. I eventually began to salve my wounded psyche by concluding the book was so genius it left him in a stupor too great to respond.

That book’s my baby. I’ve had top agents compare it to Kurt Vonnegut and Joseph Heller. So it’s frustrating to hear those same agents say the only way they could sell it if my name were Kardashian.

You’d think “Use All The Crayons!” would mitigate some of my reflexive self-deprecatory tics. And there are plenty of hints it will.

Nearly every day I hear from someone else who says the book is changing their lives for the better. Robby from California read the USAToday.com article, said he’d been depressed and was hoping I’d send him a freebie, as I’ve pledged to do to anyone who asks nicely.

I inscribed the book, as I do each one, “Never forget for even a single instant how many happy colors your life is always adding to the lives of those you love. Remember, together we can all brighten the whole world!”

He wrote back: “Thanks, man. I got the book yesterday and am loving it. But my favorite part is what you wrote to me. Thanks for sharing the love. Have a great day and just keep doing what you’re doing.”

Think it would be impossible to self-deprecate in the face of such a wonderful sentiment?

I keep thinking that’s the problem.

So here I am again, wide awake in a twilight zone where well-meaning strangers encourage me to persevere down the path that I know from experience has led to so much failure and so little money.

Thus, I don’t see an end to my being so self-deprecatory. Please try and consider it charming.

What’s odd to me is I believe I’m an optimist.

I’ve said I wake up every morning sure something good is going to happen to my career, self-deprecatingly adding “and I’ve been saying that every morning since 1992.”

I still in my heart believe good things are bound to happen.

I’m just becoming less and less sure any of it will ever happen to me.

Reject me, please
Posted by Chris Rodell at 1:09 PM