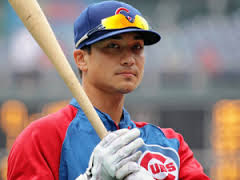 (541 words)
The death of a friend is another blow to my opinion of the medical profession.

There’s no way Joe Schall, 49, could have died of a bad heart. His heart was beautiful and maybe his most outstanding feature.

Well, maybe besides his hair.

He had really great hair and that’s something to be admired in a bar where the heads of so many patrons lack even a little bit of it.

He was one of the eight Regular Joes at The Pond about whom I write so often because they’re all conveniently named Joe.

You’d think a bar with so many Joes could spare one or two, but you’d be mistaken. All our Joes are essential.

This one leaves an enormous hole.

He was Baseball Joe. He absolutely loved the game. Sure, win or lose he followed the Pirates. Most of us do. But he was also very knowledgable about college baseball and knew all the top players.

I always liked watching the College World Series with him. He’d tell me which teams to root for and why. Heck, he knew stuff about the teams playing Little League World Series, another star-spangled piece of Americana he’d never miss.

We are all shocked at such a sudden and relatively youthful death, and dismayed it had to be him when there are so many older crabbier drinkers no one would miss.

“You know,” one friend said, “I never heard him say a bad word about anyone.”

“That’s not true,” I said. “He despised Darwin Barney.”

Barney plays second base for the eternally feckless Chicago Cubs. A career .258 hitter, Barney isn’t anyone’s idea of a villain.

“There’s just something about him that drives me nuts,” he’d say when any of us would try and divine why he could hate something so innocuous as a light-hitting, average-fielding Cub. “I can’t stand the guy.”

In fact, in baseball terms Barney’s play reminds me of how another Barney -- the big purple dinosaur -- would play if he could find a big purple mitt.

Even Joe’s hatreds were charming.

He was one of the few Pond patrons anyone would describe as cuddly. He was a great big guy and he was always smiling and laughing. He absolutely adored his sons and talked about them with such animation I’m surprised the two boys weren’t named Pride and Joy.

To have a man like this ripped from our lives leaves you a little dazed.

I’ve said before that anytime we hear of anyone dying suddenly it should remind us to live more suddenly.

I guess the only thing we can do in times like this is to hug the ones we love a little more tightly, revel in the simple things that make us happy and try and live our lives so that when we die people will say as many nice things about us as today we’re all saying about our good friend Joe.

Oh, and one more thing.

Let’s all boo the daylights out of Darwin Barney anytime he comes to bat.

It’s what Joe would have wanted.
Posted by Chris Rodell at 8:07 AM