Families, friends & the people who make us who we are 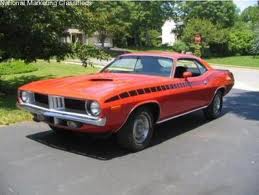 (1,091 words)
This is a story about friendships and Firestone.

Friendships are something I consider essential to human existence. Firestone is a dandy golf course (three actually) in Akron, Ohio. Tiger, Phil and the rest of the PGA Tour are playing there right now.

My father was friends with Bobby Nichols, Firestone’s head professional from 1967 through 1980. I’m unclear how my father, a humble optician, became friends with the winner of the 1964 PGA Championship, but I figure it had something to do with glasses.

My father parlayed countless sets of free specs for golf pros into friendships and free golf. He was humble, but he was wily.

It was probably around 1978 when Nichols invited him to come play Firestone. After exchanging pleasantries (and probably new prescription sunglasses), Nichols asked Dad if he wanted to play by himself or with a member.

A sociable sort, Dad said he’d prefer the company of a member.

The very first member to come by was a nearly 80-year-old man named John Hunsicker.

A lifetime of cigar smoking had led to the removal of a cancerous voice box. His ability to speak in a human voice was gone. The cigars were not. He was smoking one when they were introduced.

I need you at this point to use your imagination and pretend you are hearing me pretending to be a man who talks in the flat, artificially amplified and robotic voice of a someone who needs to press a microphone to his throat communicate.

My father was taken aback. It’s a startling experience to be addressed by a voice like that.

It was 8 a.m. on a Sunday morning when they got to the first tee, my father apprehensive about the communication and the company.

“Before we put our tees in the ground, he turned to me and raised that little microphone to the hole in his throat and said, ‘Would you like a stinger?’”

My father had tended plenty of bar in his day. He knew a stinger was a nasty little brandy and creme de menthe butt kicker of a shot. He said: “A stinger? Are you kidding me? It’s 8 o’clock in the morning.”

John turned to my dad, raised his device to his throat and said, “What are you, some kind of pussy?”

And just like that, this unlikely pair became very good friends.

John would invite us out there a couple times a year and I played Firestone maybe about five or six times over three years. Some great memories.

So when I met Pete’s brother Leigh, at a memorial service for their sister, Anne, who died at age 55 in 2010, I had a happy response when he said he was a golfer and a member at Firestone.

“Why don’t you come out some day and we’ll play Firestone,” he said. “It’ll be fun.”

We finally set it up for earlier this month.

Leigh is 10 years older than Pete and we’d never met until their sister’s memorial service. Their father had died suddenly the week after Leigh graduated from high school when Pete was just 8.

I don’t remember meeting Pete in the seventh grade. I just remember him always being there and the two of us always joking and laughing.

I thought a lot about Pete during the drive to Akron. I thought how in a life that’s been absolutely strewn with lively friendships, his was maybe the most pivotal.

He was rebellious, audacious and never failed to question authority. He had a car, a beard, a fake ID and was nervy enough to at age 16 enter beer distributors and convince skeptics, by God, he was 22.

We and our buddies spent so many summer nights in the woods drinking, arguing and wondering how many good albums Bruce Springsteen had in him after “The River.”

And we never stopped laughing.

I never thought there was any hoodlum element to us, but there are plenty of great stories about us getting chased and sometimes caught for pool hopping or busting into abandoned houses to party.

The golf with Leigh and his friend Todd was fantastic. Toward the end Leigh said, “There’s three things necessary for a great day of golf: Where you golf, how you golf and with whom you golf -- and the first two are overrated.”

Later over drinks, I turned to Leigh and told him what I’d concluded about his brother.

“You know, I hope you won’t take this wrong, but I wouldn’t be the man I am if I’d have never known Pete.”

By that I meant by many conventional professional benchmarks -- stability, savings, material accumulations -- my life has been an abject failure. And I didn’t want him to think I blamed Pete.

He looked at me the way I guess my Dad looked at old John Hunsicker when he raised his arm to speak.

“I can’t believe you said that,” he said, “because as I was enjoying our day I kept looking and you and thinking I was golfing with Pete. You’re both just so loquacious, engaging and friendly.”

He then turned to Todd and surprised me when he said, “Pete was a juvenile delinquent. After our father died, he really rebelled. I was gone and he was left to be raised by two women. So he was always into trouble.”

I never once thought of my old friend in that way. I thought of him as complicated kid behind the wheel of a ’72 Plymouth Barracuda on a restless quest for honest answers to big questions.

He just happened to let me ride shotgun.

Pete didn’t go to college like the rest of us. He joined the Navy and later the merchant marines. I still see him every couple of years and he’s still bright, charming and wonderful.

And that’s how Leigh sees him, too.

“We weren’t together enough to know each other as brothers, but as a person he’s just become this wonderful, happy guy. And I just love him so much.”

So my role models were juvenile delinquents.

In that regard, Pete and I are alike in one more respect.

I hope your life, too, is enriched by its friendships and that none of you is ever the least bit ashamed if that roster includes a hoodlum or two.

Email ThisBlogThis!Share to TwitterShare to FacebookShare to Pinterest
Labels: Bobby Nichols, families and friends, Firestone CC, friends who make us who we are, funny voice box talking, Mt. Lebanon class of '81, Paul Rodell