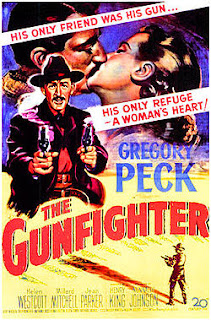 (717 words)
We could reduce both gun violence and the federal deficit in one fell swoop by reviving a 17th century custom denounced by both Benjamin Franklin and George Washington as too senselessly violent.

Yes, it’s time to bring back the duel.

Stories from what we used to call the “Wild West” always have me wondering whatever happened to the art of drawing a gun -- and I’m not talking about with a pencil, something that today would certainly earn a kid an emergency session with the school psychiatrist.

No, I’m referring to the lightning lifting and triggering of a pistol from a holster in one move that meant doom to horse thieves, cattle rustlers and grabby scoundrels who tried to get a mite too friendly with Miss Kitty.

I’ll bet they don’t even teach the fast draw anymore. Why bother?

Today’s gun lovers are so impatient to kill something that they don’t have time for the split-second draw, much less background checks or five-day waiting periods.

It wasn’t like that in “The Gunfighter,” from 1950, which has the great tag line, “His Only Friend Was a Gun! His Only Refuge, a Woman’s Heart!”

It’s one of my favorite movies. Bob Dylan’s, too.

Dylan in 1986 made the Gregory Peck film the focus of his 11:05 enigmatic epic,  “Brownsville Girl.”

The movie tells the story of the late, great Jimmy Ringo, the fastest gun in the west. He is a mythic figure both revered and feared for his legendary draw. He is also haunted by the knowledge that every where he goes some squirt will be there eager to make a name for himself by goading him into a duel.

And the bodies keep piling up.

By Ringo’s count there were 12 dead men over a dozen years, or less than half of what Adam Lanza managed in a few minutes at Sandy Hook Elementary.

The ending is unforgettable, at least to me and Dylan.

“Brownsville Girl” recounts the scene where the local punk shoots Ringo in the back and how the marshall beats that kid into a bloody pulp with the crowd screaming to string him up by the neck for his cowardly kill.

Paraphrasing the dying gunfighter, Dylan sings, “Turn him loose! Let him go! Let him say he outdrew me, fair and square. I want him to feel what it’s like to every moment face his death . . .”

Ringo’s dying lament means the kid’s destined to roam a world full of pistoleroes now determined to make their name doing to him what he did to Ringo.

Dueling would restore that sense of honor and consequence to gun ownership.

Dueling began to fall out of favor in America in 1804 when Vice President Aaron Burr killed U.S. Secretary of the Treasury Alexander Hamilton on a popular Weehawken, New Jersey, dueling ground.

Five men were present, but none witnessed. According to custom, the men had their backs turned to give them plausible deniability in the event of prosecution.

It wouldn’t be like that today. In fact, it would be bigger than the Super Bowl.

There’d be sponsors, beer and truck commercials, pageantry and maybe public service announcements from Wayne LaPierre advising kiddies to not try this at home without proper supervision.

Just imagine today if Joe Biden challenged Tim Geitner to a duel over some perceived insult.

Or, better, Biden and Hilary.

The pay-per-view proceeds could go to trim the deficit.

Another benefit could be that the spectacle might actually reduce violence elsewhere by giving Americans with an insatiable blood lust a good quick fix.

It might inspire our armed kids today to practice their quick draw skills. Naturally, they’d want to test them on one another. Duels could become a part of our weekend neighborhood entertainment.

They could hold them right there on the lawns after Saturday afternoon bocci matches.

This would be vastly preferable to the sorts of copy cat crimes we see with things like Bushmaster AR-15s.

Who knows? Duel revivals might herald a return to the more quaint times from more than 200 years ago.

You know, times when the idea of two men firing two bullets at each other was so horrific that two of our Founding Fathers deemed it too senselessly violent.