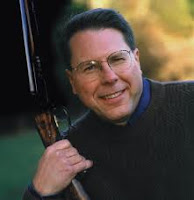 Gun violence will be reduced when America decides to enforce what is to me the key phrase of the 27-word 2nd Amendment, so revered by our nation’s gun nuts.

And that’s mostly everyone who owns a gun. They love their guns and believe their guns are essential to their soulful peace of mind.

I understand those feelings.

I feel the same way about my family.

Where we differ is I’d never in a drunken or pre-meditated rage use my wife or one of our daughters to kill someone else. The things I love do not take life. They exalt it.

It’s been three days and I’ve only read one sensible discourse on the latest spree killer who didn’t break a single law right up until the instant he began pulling the triggers.

It was by lefty Washington Post columnist E.J. Dionne. Here he describes how the NRA uses its influence to impose a de facto gag order on those who believe in common sense gun.

About that, Dionne’s absolutely right. Anyone who says these frequent tragedies should cause us to rethink our approach to spree killers is accused of exploiting the deaths and nothing gets done.

So let me offer a solution even the single-minded maniacs at the NRA will endorse.

Not only will it reduce violence, it will reduce health care costs, it will stabilize the country and decrease the amount of money the federal government spends on defense.

The 2nd Amendment says: “A well-regulated Militia, being necessary to the security of a free state, the right of the people to keep and bear arms, shall not be infringed.”

Let’s parse it. You’re certainly familiar with the part that reads “the right of the people to keep and bear arms shall not be infringed.”

In fact, it might be the only part of the phrase most gun nuts even recognize. It is clear and absolute.

But it’s only part of it.

To me, the key phrase is never mentioned or argued in court fights over gun rights.

That is the three-word clause the Founding Fathers judged important enough to put right up front.

The security of a free state, they said, depends on “a well-regulated militia.”

We put more restrictions on needle artists who tattoo our hillbillies.

Gun ownership should involve mandatory participation in a local militia that meets at least once a month to drill in fitness and firearm safety measures.

Sound like another expensive government intrusion, a way for jackbooted thugs from the ATF to round up your guns?

Have the NRA run it.

I have great respect for true sportsmen and can see logic in aspects of even some of the nuttier positions espoused by the gun lobby. No one would be better running a national militia program aimed at gun safety.

The NRA would regulate who gets and who gets to keep guns.

This stipulation might very well have prevented the Aurora tragedy.

Glenn Rotkovich is the owner of the Lead Valley Range in Byers, Colorado. He refused to let killer James Holmes join his gun range after hearing a “bizarre,” guttural and unintelligible recorded phone greeting. Concerned, he told employees Holmes should not be allowed to fire weapons until he personally checked him out.

Oh, how I only wish the NRA would sanction that kind of hands-on background check playing a role in who gets lethal weapons.

If Holmes tried to obtain a weapon, he’d first be directed to a well-regulated militia outfit and screened by a man like Rotkovich. And let’s for the sake of argument assume Rotkovich, a gun range owner, is pro-guns.

It would also reduce the number of deaths by people who own guns because guns make them feel tough. You read about them in the news every weekend.

They shoot fellow bar patrons after getting into cross-tavern staring contests, road rage over perceived slights at traffic signals, and come home and rain gunfire on their angry wives for gently suggesting maybe they should find a job.

Tough guys? Monthly NRA-sanctioned drills and fitness programs would discourage them from wanting to own a gun, preferring Saturday morning couch comforts to sweating out TGIF hangovers at the local high school track.

Gun owners would be more fit, more civic minded and could be used to help provide national security. It could be like an adjunct National Guard, a proud national organization that is strengthened, not weakened, by being well-regulated.

I really do appreciate your ideas here, and agree about 98% with what you say. But, being the distrustful soul that I am, I also see the opportunity for refusal of authorization to a perfectly acceptable citizen for personal/political reasons. If the "NRA guy" did not, for some reason, like your views on ANYTHING, he could arbitrarily refuse you. It's just a possibility, not a certainty, but I'm a cynic. (To illuminate: Optimist=father who lets teen son borrow car; Pessimist=father who won't; Cynic=father who DID. {lol})

After Aurora, had a 'debate' with my co-worker about ammunition control; no one, IMO, should be allowed to buy 100's of rounds of ammo ONLINE, or at one time (ONLINE, not at all!). He was against it, because it wasn't cheap enough or convenient enough for him and his circle. (But then, his ideas of right/wrong hinge on how it benefits HIM)

The whole idea, presented to the NRA like that, of "You want to call the shots on gun ownership? STEP UP and take some RESPONSIBILITY!" is the ultimate, and absolutely CORRECT, 'in-your-face' challenge to the lobby.

Thanks, Clyde, for reading and taking the time for such a thoughtful comment.

I'm right there with you in regards to your political leanings. I had an idea in line with what your suggesting on bullets, but went even further. Everyone can carry a loaded gun everywhere they want, but they only get one bullet. Use or lose your bullet and in addition to any existing laws, you have to explain what happened to your bullet before you get another bullet.

A friend called it "The Barney Fife Amendment."

So much thinking like this is exasperated brainstorming that seeks to break the deadlock over the debate. But enforcing the 2nd amendment as stated does have legitimacy.

You can check out a round-up of my gun violence ideas here: http://tinyurl.com/akyuo53

Thanks for reading, for caring, and best wishes for the most Happy Holidays!