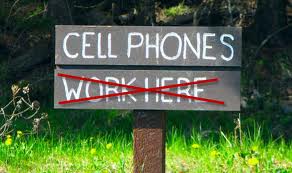 This one's practically prehistoric. It originally ran November 2008. Gosh, I've been blogging a long time now. No particular reason for re-running it. Thanks for checking in.

Tomorrow's blog will be about unusual words that will be turning 50 this year -- just like me!

Somewhere along the way I became one of those guys old friends use as a touchstone for an epoch.

If Kirk from high school wants to know what happened to Bill and Doug from elementary school, he calls me and I tell him. If George wants to find out happened to Jack from college, he gets in touch with me and I tell him. If Lance from our old newspaper days wants to find out if I’m ever going to pay him the $200 I owe him, well, I see his name on the caller ID and pretend I’m not home.

And I consider it a privilege that so many old friends reach out to me across the fading decades to find out what happened to old gang. Everyone of those old friends means the world to me, and that includes the ones I’m forever dodging after they foolishly decided to lend me money.

I don’t understand why people don’t keep in touch. The laughter of loved ones and good friends has been what my old songwriter friend Quinn calls “the soundtrack to my life.” Why wall off anyone from any part of your life that brought you even a speck of joy?

Plus, the restless gossip in me wants to keep tabs on who’s been evicted, who got divorced, who went gay, who made parole and who, not to belabor the point, might be doing well enough to still agree to loan me money.

I mention all this because I’m starting to look for a new cell phone and none of them has the single most crucial function a guy like me needs.

I want a phone that cuts off after 2 minutes and 30 seconds.

See, being the guy everyone gets in touch with can be a time consuming affair. Just yesterday, a chatty friend I hadn’t talked to since high school called and we talked for 30 minutes. I was thrilled to hear from him, but I just can’t stand talking on the phone. At some point every phone conversation begins to degenerate into an awkward lag that no one polite knows how to end.

For me the perfect phone call lasts fewer than 10 seconds and the entire thrust is coordinating to meet at a friendly tavern. I’ve had this exact conversation thousands of times with my buddy Paul back when there could be confusion about which bar we’d be besieging for that evening’s happy hour.

Since then I began working above the Pond and our eight second conversations have been shaved in half. And it’s perfect.

Then I can see him, share some beers, we can talks sports, politics or what we told our wives we’d be doing that night instead of going to the bar again. We can revel in each other’s company in ways you’ll never be able to duplicate over a phone call.

The convenience of the internet and cheap phone conversation has ruined the charm of distance. It has me becoming reluctant to call old friends up because I don’t want to wind up engaging them in a long conversation when really all I want them to know is that I think about them fondly and often.

That’s why I want a phone function that after just 2 1/2 minutes breaks in and says, “Chris is sorry but the real reason he called was just to tell you that he misses you and thinks often of the great times you’ve had together. If you’re ever in town, he hopes you’ll give him a 10-second phone call to let him know where he can meet you for a friendly evening of cold beer and warm recollections. And, although he’s too uptight to say it himself, he wants you to know he loves you and wishes you nothing but the best of everything. Goodbye!”

A phone with that function would sell millions because it would save everyone time, money and those awkward moments when we’re both sure the other wants to say goodbye, but doesn’t know how to do so gracefully.

In fact, think how much better everything would be if you applied that logic to other everyday exchanges that tend to go on and on and on. Everything should have a fixed time so it didn’t just keep going and going and going. You could apply it to every situation in life that just became too excruciating with an endless series of unnecessary extensions --

“Chris wants to thank you for having read this far. He truly wishes he could have figured out a more artful way to end this post, but this will have to suffice. He hopes you have a really great day and, although he’s too uptight to say this himself, he wants you to know he loves you. Goodbye!”
Posted by Chris Rodell at 1:43 PM