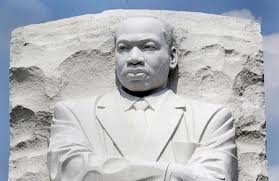 (710 words)
My Martin Luther King Jr. Day tradition was frustrated by Pixar yesterday. See, I usually commemorate the holiday by forcing my daughters to listen to me recite the “I Have a Dream” speech to them in its entirety.

Even with all my theatrics, the recitation when stripped of historical context, of course, bores them to tears. Now, it dawned on the 12-year-old that the speech title sounds similar to the catchy tune, “I’ve Got a Dream” from the marvelous 2010 movie “Tangled.” Check it out. It’s perfectly engaging.

I encourage you to read the actual speech. It’s very moving.

And it’ll help if you read it in a quiet place far from the presence of two little girls who’ll be holding their hands over their ears and singing like they’re right there in the Snugly Duckling:

You know, when you read them together like that, King’s dream and Rapunzel’s aren’t all that different.

I think it’ll take another generation for America to truly appreciate the greatness of King and what the heroes of the Civil Rights movement mean to our history.

Because every day the newspapers contain the death notices of people who are truly diehard racists and the birth announcements of children who will grow up free of hatred.

That’s what Condoleezza Rice was saying on CBS News the other day with Bob Schieffer. She brings a fascinating perspective to the topic.

Now 58 years old, she grew up in Birmingham, Alabama, when it was the most segregated and hateful big city in America. She was playmates with Denise McNair in 1963 when a man who considered himself a genuine American patriot bombed the 16th Street Baptist Church killing McNair and three other little black girls.

It was months earlier in that city where an unjustly imprisoned King scribbled his “Letter from a Birmingham Jail” on the margins of a newspaper, the only paper at his disposal.

It is, to me, an even more compelling text than “I Have a Dream.”

The line that always gets me describes King’s heartbreak when this most eloquent man admits to being tongue tied when he tried to explain to his 6-year-old daughter why she cannot go to the public amusement park she’d just seen advertised on television, that Funtown was closed to colored children, and how at that moment he could see depressing clouds of inferiority beginning to form in her little mental sky.

Rice could have talked about that when Schieffer asked her about what the passage of basic Civil Rights legislation meant to her and her comparatively affluent family. Instead she brought Civil Rights down to a more civil level.

And yesterday, nearly 50 years later, this most accomplished American sat there and offered insightful commentary on the second inauguration of our first black president.

You may not have known it but yesterday is known to some as Blue Monday. That’s the day British psychologist Cliff Arnall calculates that a host of anxiety instigators -- lousy weather, holiday bills, etc. -- combine to make the single most depressing day of the year.

It wasn’t for me. I reveled in the second inaugural of a man who’s overcome so much hatred and hysteria to stand unbowed before the world and declare we will never go backwards.

I’m sure it was all very depressing for racists, those who long for a return to the days when equality was parceled out based on superficial things like skin color, who we love and how we worship.

For them, I have just two words: