January tweets of the month! 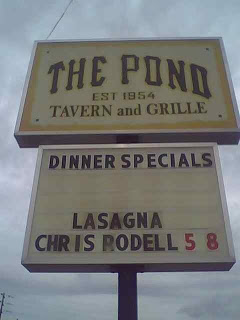 I have no idea why I included an exclamation point up there in the headline. I guess I’m expecting confetti.

The 24 best 8days2Amish tweets from this month tend to trend toward puns. Cartoonist Doug Larson said, “The pun is the lowest form of humor -- unless you thought of it yourself.”

What’s on deck? Barring other inspiration, I’ll rise with the roosters tomorrow and compose a post about the soldier who was given two donated arms to replace ones he lost in battle.

Doug Larson would no doubt consider it “disarming.”

• "Use All The Crayons!" now available in every Pittsburgh Barnes & Noble! Today Pittsburgh, tomorrow . . . Altoona!

• Folks who run for office on the promise of maintaining status quo should be called cantdidates.

• Another week has passed and once again my heirloom achievement is I didn't drop my phone in the toilet.

• Just came to me: Superman would sometimes escape wearing an S cape. Alas, this is destined to become my e=mc2.

• Logically, dictionaries should be called definitionaries.

• The only time it’s proper to say someone’s been “jarred” awake is when Moe does it to Curly and it involves an actual jar.

• I HOPE I DIE BEFORE THE DAY ARRIVES WHEN EVERYONE IS SO ANGRY THAT EVERYTHING WE WRITE IS IN ALL CAPS.

• In the future everything will be biodegradable and will disintegrate at specified times, sure to embarrass lovers of 2nd hand clothes.

• Disappointed in Gatorade's decision to remove flame retardant from sports drink. How will I now achieve my goal of becoming less flammable?

• Solar plexus sounds like some kind of exciting new green energy, but something in my gut tells me it is not.

• Just because a person's bad at math doesn’t mean he or she can’t be considered calculating.

• A person who eats human flesh, but insists on dainty portions is a Cannibler.

• Strive to do things that will earn you a proverbial feather in your cap, but try to at all costs avoid wearing caps with feathers.

• Sad thing about being on the verge of turning 50. Now I can drop dead any day and 20-somethings will say, "I'll miss him but, hey, he lived a good long life."

• Do profanity-averse parents insist their children refer to the monumental Nevada structure as the Hoover Darn?