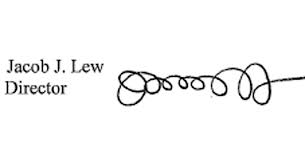 It looks like the kind of signature Dr. Seuss would bestow upon the mayor of Whoville.

It’s a delightful conga line of oh after oh after oh. It reminds me of what some pundit -- I think it was William Safire -- once said about the name John Sununu: “I know how to spell it, I just don’t know when to stop.”

I’ve become something of a connoisseur of proper penmanship over the past six months.

The book has made me more fretful about my own lousy handwriting and more admiring of some of the lovely cursive writing I’ve seen in notes from kind people who’ve bought and enjoyed it.

Since about the fourth grade I’ve been utterly incapable of writing in legible cursive. There was this kid and he wrote in this really distinctive block print. I remember thinking, “Wow! That’s so cool! I’m going to write just like that and that way I’ll be cool, too!”

Well, the kid wasn’t even cool at all. In fact, he turned out to be a real ass and today I’m incapable of writing my full name in cursive.

You ought to see it when I have to write Christopher on the occasional legal document. It looks like this: ChristopherRodell.

I can write “Chris Rodell”  with a bit of flare, especially when I do it with an Atomic Tangerine crayon.

That’s how I’ve been doing most of my signing these days. My writing has improved dramatically as I’ve signed more than 500 books.

Each inscription is about 50 words long. I put a lot of heart in them. So I’ve had to slow down and concentrate on making it legible or what’s the point?

Of course, it all goes to hell when I’m doing a book signing. When that happens, the book buyer is standing directly over me staring down at my bald spot.

It takes me about 90 seconds to sign each book. That’s a long time for someone to be standing still with nothing to do. I’m sure they catalog grooming flaws, which probably takes about 45 seconds before even that gets boring.

Then, and this sucks, they turn their full attention to watching me write.

It’s just human nature. But I fear they might not like the way I write or what I’m writing and may change their mind and flee the store before making a purchase.

The thought makes my writing even worse. Really, I should just forego book store signings and tell people who want to buy my book that rather than signing the thing, they should take out their smart phones and have the person next in line film me reciting to them what I was going to write, which would take about 20 seconds. Then we could devote the next 70 seconds to standing there being filmed hugging.

And I have a vested interest in prolonging the whole ordeal. See, the longer it takes me to sign, the longer the line gets.

People are more apt to buy something if they see there’s a line which indicates some sort of at least superficial demand. So dawdling makes good business sense, even as it stretches out the whole awkward ordeal.

After all that, the actual signature indicating some sloppy conclusion is a welcome moment.

This I do with a fine flourish. My signature has markedly improved with practice and concentration, but part of that is because I’m doing most of it in crayon, which helps conceal minor flaws.

I should start signing my checks in crayon. It’d certainly be colorful!

My signature looks sort of like Lew’s in that it has a cheerful line of loopety-loops, which I can ease into right after I get past the big troublesome “R.”

That bodes well for both me and Lew, according to handwriting expert Kathi McKnight. She told the Washington Post that roundness of characters indicates an innate cuddliness and I think our nation’s fiscal prerogatives could benefit from some cuddling.

I’ve thought of taking a course on improving my handwriting, something I’m sure I’ll never do.

I’ve even tried teaching myself to sign my name left-handed, which would be a cool bar trick and maybe a more productive use of my days than all this pointless blogging.

But that’s proven to be a huge waste of time, an utter failure.

You could say it’s a case of two wrongs failing to make one write.

• I am becoming left handed

• My hands are beautiful to behold
Posted by Chris Rodell at 1:22 PM