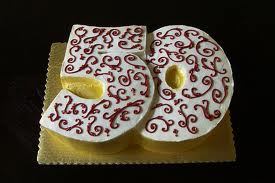 (714 words)
Because I wouldn’t want it to do anything to dent my cheerful disposition, I’ve chosen to consider it mere coincidence that both I and the word “dipshit” were born the same year.

Yes, me and dipshit turn 50 this year.

And a whole pile more.

Not many people know it, but words have birthdays. I know this -- and celebrate it -- because I subscribe to the Oxford English Dictionary. The granddaddy of all dictionaries, the OED contains the precise definitions, origins and histories of more than 600,000 words.

So for people who revel in words, the OED is a linguistic feast -- and that’s perfect for a guy who by dint of ill-considered blog logic is constantly being forced to eat his words.

But the OED also includes a fascinating feature that allows us to divine when it deemed a word worthy of inclusion. It includes the year when a word’s usage reached critical mass and the OED’s London-based editors said, yes, this is a useful word with ample staying power.

So every year I scour the timeline features to see which words are turning 50. It reveals a lot about the culture. For instance, both “Weight Watchers” and “all-you-can-eat” were born in 1961, giving us a chicken and egg puzzle about which came first. Also born in 1961: “doomsayer,” “moonshot,” “rehab” and “advertorial.”

As I’ll be 50 in about six weeks, this year held extra appeal for me as I wanted to see what words were born the same year as me.

That brings me back to dipshit, which the OED initially defines as “American slang, noun; a stupid, inept or contemptible person; an idiot.

By that slim definition, my name and dipshit are practically interchangeable, particularly if my long suffering wife is doing the defining. It could start for her clear back to when we exchanged our wedding vows.

“Do you, Valerie, take this dipshit to be your lawfully wedded husband?”

When you think of it in those terms, I’m surprised she didn’t respond by flipping a coin.

When I learned me and dipshit both first appeared in the same year, I was relieved I wasn’t cited as a catalyst for people needing to understand the essence of a dipshit.

How would it look if an illuminating OED sentence read, “Chris Rodell was born in a Pittsburgh hospital causing a spontaneous explosion in the use of the word dipshit.”

Turning 50 can be monumental for anyone. I wonder if these words are having any sort of mid-life crisis. Like what if beatnik ran out and bought a cherry red Corvette and started screwing around with a cute waitress from the Dilli Dally Deli?

But I think turning 50’s probably hitting answerphone pretty hard. Put yourself in its shoes. You’re over the hill. The kids don’t visit. Smartphones make fun of you and your decrepitness. You wake up every morning and question your usefulness.

I don’t see any of that mid-life crisis stuff happening with me and dipshit.

Me, I’m optimistic about the future and as for dipshit, well, it’s a veritable heyday for it. America’s dipshit population is exploding with a trajectory that looks as healthy for the word’s continued usage as it is unhealthy for our future viability.

So does that mean a birthday party is in the offing?

I’m sure it does. Fifty’s a big number. Your friends and loved ones will, of course, want to make a big deal out of it, even as it sounds exhausting to the beleaguered guest of honor.

We’ll keep you posted with date, time and directions.

And if you want to bring along a jet-setting dipshit or two then, yeah, that’ll be A-OK.

• Zeitgust: My own quixotic word quest
Posted by Chris Rodell at 8:34 AM