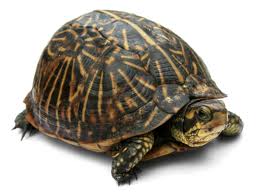 (663 words)
I was watching the news yesterday afternoon with my 80-year-old mother. She has dementia. She’s otherwise physically fit, but her mind is becoming more and more childlike.

Her memory is going and she doesn’t understand complicated issues. She’s perfectly sweet, innocent and has difficulty grasping that there could possibly be mean people sharing the planet with people like her and those she loves -- and that’s everyone.

In short, she has about the same mental disposition as a 6-foot-2, 255 pound Division I college linebacker who all the scouts are projecting to be a first round NFL draft pick.

Yes, my dear, demented mother seems to have a lot in common with Notre Dame’s Manti Te’o.

It is my hope that maybe the Steelers will draft Mom if she really, really starts hitting the weights.

What are we to make of Te’o?

It’s still too early to make a clear judgement. The skeptics believe he was in on the dead girlfriend hoax from the get-go. And the timeline of events is troublesome, especially if you were one of the poor souls who wagered on the Fighting Irish making a close game out of the National Championship with Alabama.

And we all know our leading educators would never mislead the public in order to protect a university football program’s reputation -- and please don’t take that for a sarcastic shot at Penn State University when I’m trying to be charitable here.

I think the analysis that stuck with me most came from Mike Wilbon on ESPN’s “Pardon The Interruption.”

He said his interviews with Te’o lead him to conclude this ferocious football machine is much like my mom, saying he had “childlike sensibilities.”

That’s what Notre Dame officials are saying, that Te’o is exceptionally trusting and sweet and that persons unknown seized on those aspects of his larger-than-life personality for their own amusement.

The Satanic part of me admires the craftsmanship that went into a hoax this elaborate, although it doesn’t rival my all-time favorite, a practical joke that was anything but practical.

It is said that Peirce gave a small turtle as a gift to a friend in his apartment building. The woman was very pleased and doted on the critter and was always showing it off to her many friends.

Two weeks later Peirce snuck into her apartment and switched the original turtle with a slightly larger one. It was a procedure he’d repeat every two weeks for about four months.

During that time, the ever-growing turtle became the focus of the woman’s life. She was busting with pride about her role in the turtle’s remarkable growth.

I’ve tried in vain to think of a practical joke so diabolically perfect.

I guess I’m about as bewildered about the motives for pranking Te’o as that Parisian turtle tender was about her elastic ectotherm.

The best practical jokes are waged on the stupid and arrogant.

I think what we’re going to find is Te’o was awkward in coming clean on the revelations. He knew he’d been made an utter fool of in front of the nation and everyone that matters to him.

And the end result will be that a man who everyone agrees is one of the most joyful, loving and trusting young men on the planet is destined to become just another cynical bastard like all the rest of us.

And that’s the real shame.

I guess my only conclusion for now is that playing a prank like this on someone like that would be just the same as playing one on my dear mother.

• Don’t believe anything you read -- ‘cept this

• Mom making crazy contagious by a nose
Posted by Chris Rodell at 12:41 PM