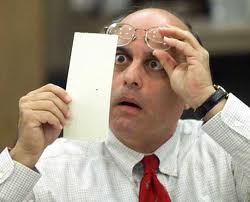 We had a strong dose of winter here in western Pennsylvania this week. Lots of snow and cold. God help me, I enjoyed it. It coincided with a flurry of people finding there way to this April 2011 post that centered around my defending the joys of winter to some soulless Floridians.

Just 15 days 'till the start of Spring Training!

I endured a skin-crawling moment of awkwardness last week when I felt forced to say nice things about something I fear six months of the year and loathe the rest.
I had to point out the finer aspects of a really nasty winter.
It was like reading aloud affectionate sonnets about Cheney.
Hating winter is a core component of my existence. That’s why I was surprised to hear myself -- sober, even -- defending bitter winter to three Southerners who talked about the joys of doing things like deep frying turkeys in shorts on the porch at Thanksgiving while I’m up to my nose in snows.
And, to be clear, the chefs were in the shorts, not the turkeys.
They were three women from Florida, a state for which I have an instinctual contempt.
I’ve long suspected it was home to the stupidest and laziest people in America, a belief confirmed during the 2000 presidential election whenever the nightly news focused on that guy who self-hypnotized staring at dangling chads.
It’s always struck me as ridiculous that anyone would choose where they live based solely on a weather forecast.
It’s a clear sign of weakness. I’m convinced if we sanctioned a tug of war between Florida and Pennsylvania we Keystone Staters could drag their sad, skinny asses clear to Maryland where they’d perish the instant the first drops of sleet splashed their bronzed skin.
Understand, too, I probably have more good friends in Florida than in any state in the union -- and that should prove my point. Stupid and lazy are an essential criteria for friendship with me.
If I wanted smart and energetic I guess I’d vacation someplace like Vermont with Ben and Jerry, and I’m talking about proper same-sex couples and not high-caloric tubs of ice cream.
But to hear three Floridians deride a big part of my very existence was too much.
“Ewww! I hate snow! I hate cold! I spent one winter in Boston. I’ll never go back!”
Good points, all. Winter can be perilous.
But there is no summer equivalent to cuddling loved ones at home in front of a  warm fire while the snows fall outside.
It’s magnificent. One of my favorite days each winter is geared to a weekend when no one in their right mind would leave the house unless they were low on liquor.
We stoke the fireplace and pop “Gone With The Wind” in the DVD. It’s a full day of marvelous pageantry and entertainment. The girls just love it. Me, too.
Plus, it gives me the opportunity to talk about the history of cinematic profanity and make swearing in front of the children seem educational.
Then there’s the soups. Cooking a big pot of aromatic soup is one of life’s most soulful joys. It nourishes. It lasts all week. It fills the house with heady scents.
As much as I love spending an hour around the Weber Grill with a beer and a baseball game on the radio, it simply doesn’t equate to all winter cooking has to offer.
And I contend Florida is at least as inhospitable as any northern winter.
The four summer months in Florida are a time when even committed sun worshippers admit they never leave the house, choosing instead to stay inside either watching Jerry Springer or doing things that earn invitations to televised appearances with Jerry Springer.
It’s true. Nearly ever goofy news story involving dysfunctional families originates in the Sunshine State. Why do you think National Enquirer is headquartered in Boca?
Understand, too, I’m referring exclusively to Florida and not the many other splendid Southern states like South Carolina, Georgia and other titans of the confederacy.
Those are places rich in heritage with proud people who’ve lived there for generations. It’s been said north, east and west are directions, but the South is a place.
That doesn’t include Florida, a geographical oddity that would be the national drain if you ever tipped America up on its side. It’s the state where so many lost souls swirl around like so much soggy lettuce before they congealing at the bottom of the American sink.
If that seems unduly harsh, so be it.

It’ll be something you Floridians can think about when they're deep frying your turkeys next Thanksgiving.
Just don’t come crying to me when hot grease scalds your exposed skin.
Frankly, my dears, I won’t give a damn.