"Trouble with the Curve?" Trouble w/ the critics 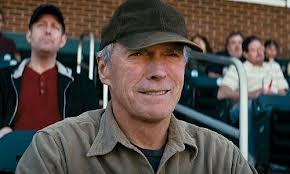 Something happened last week I didn’t think would ever happen in more than 40 years of avid moviegoing.

I walked into a Clint Eastwood movie expecting to be disappointed.

Our nation’s critics warned me about “Trouble with the Curve.” They said it was stupid. Said it was boring. Corny, they said.

The critic round-up site RottenTomatoes.com gave it a lukewarm 54 percent, meaning just over half our nation’s critics said it was worth viewing.

Typical was this slam by Miami Herald critic Connie Ogle: “Nobody would pay much attention to this plodding, but good-hearted movie if not for its star, Clint Eastwood, although he’s just dialing in his Cantankerous Old Man mode on which he has relied for a decade or so.”

I usually reject any movie that rates below 75 percent. My time and money are just too important. But it was Clint Eastwood and it was a baseball movie and me and my darling 12-year-old companion bond over baseball.

Still, the reviews were scathing enough I felt it fair to warn junior, “Look, this might suck. But I can promise you’ll hear at least a few words you’d get in trouble for saying in school, you can go crazy at the concession stand, and there’s a chance you’ll get a really quick peek at Justin Timberlake’s bare butt.”

She gave my proposal two big thumbs up and away we went.

Allow me to paraphrase her capsule review: “Lots of great swearing! I love Amy Adams! The baseball stuff was fun! Timberlake was wearing underwear when he jumped into the lake, but I had a great time with my Dad!”

Like baseball itself, this movie was a very pleasant pastime, a wonderful way to while away an afternoon.

I came out of it wondering why it got such lukewarm reviews, especially amidst the enormous piles of crap Hollywood foists anew on us each week.

Could it have been Eastwood’s unconventional convention speech, as some have speculated?

And now I’ve spent the better part of a week wondering why critics think the way they do.

Movie critic is the one job everyone thinks they’re qualified to do and the job most everyone wants.

It just seems so cool. You get paid to watch movies. You help steer pop culture. It’s prestigious. You gorge on cancer-causing popcorn three times a day.

I believe the reality is different because movies today really, really suck.

When people say they dream of being a movie critic, what they really dream of is being a critic of mostly good movies. So they want to see maybe one out of every 20 movies most real critics see.

That means for every “Looper” there are 15 movies produced by or starring someone in the Will Farrell/Adam Sandler/Judd Apatow axis of entertainment evil.

And a critic has to slog through them all.

Imagine what that would do to a person.

He did the Super Bowl halftime ad that said America was coming back and Republicans hated him. He did a baffling GOP convention speech with an empty chair and Democrats said he was a buffoon.

And he releases a warm, entertaining baseball movie and he’s struggling to fill seats.

Here’s what I think:

Our politics aside, I’ll always love Clint. And I’ll always do my part to ensure mine is one chair he can address that’ll never be empty.

As everyone’s a critic, here are my capsule reviews on some recent movies we’ve seen:

“Looper” -- We love Joseph Gordon-Levitt and this was a dandy time travel adventure. My wife contends the central message is if you do engage in time travel, be very careful about with whom you sleep. Some plot confusion and would have been better if it was 20 minutes shorter.

“Dark Knight” -- Liked it, but I’m inundated with so much senseless violence in real life that importing it for entertainment purposes fatigues me. But it is my favorite Batman. Some plot confusion and would have been better if it was 20 minutes shorter.

“Finding Nemo” (3D) -- This is an outstanding movie I’ve seen about 300 times. But it’s a family favorite and it was Josie’s wish to see it in 3D for her birthday. The technology adds nothing to it and the glasses always pinch my nose. I hope we get over our latest “Avatar”-inspired 3D infatuation because 3D sucks. Some plot confusion and would have been better if it was 20 minutes shorter.

“Warrior” -- A renter from 2011, this one’s about two brothers who face off in a mixed martial arts championship. Val loved it. I thought the plot was a little confusing and it would have been better if it was about 20 minutes shorter.

Today’s blog -- Some plot confusion and would have been better if it was 200 words shorter.

Email ThisBlogThis!Share to TwitterShare to FacebookShare to Pinterest
Labels: Clint Eastwood, I want to be a film critic, Joseph Gordon-Levitt, Looper, Trouble with the Curve, why do critics suck