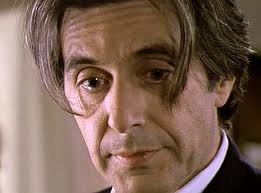 I have my 12-year-old convinced I never park in the same spot at the Giant Eagle. I go there nearly every day for the salad bar or something from the deli.

I told her about how I try and park in a different region every time because I believe it keeps my mind as fresh as the salad bar. See, if I park in roughly the same spot then I will out of rote habit walk zombie-like to that spot every time, the way they do in the zombie ant farms.

But if I’m parking in vastly different spots I need to engage my mind to recall the location.

Yes, there’s no cease fire in my war on boredom.

One place you’ll never find me parking is the sweet spot. I favor the outer regions because they allow me a little exercise.

I graciously pass by the good empty spots so they can be claimed by little old ladies and the competitive sorts who regard getting a really good spot the way the rest of us regard winning a scratch off.

So that’s a lot of thinking that goes into another otherwise simple maneuver.

Now, after Sunday morning, I have another rule layered on top of all these.

Never, never, never park within 20 spaces of the 2011 Navy Blue Ford Explorer with the New York Yankees decal on the back window.

Doing so could get you killed.

Saw it almost happen to a little old lady.

I was getting some groceries when I heard the first shouted profanity, which I’ll sanitize in case you care to read this story aloud to your kids at bedtime.

“What the ‘heck’? You just slammed your ‘heckin’’ door into my car! You stupid ‘heck!’”

It was Sunday about 10 a.m., a time when other people are shouting things like “Amen!” or “Hallelujah!” So it drew my attention.

The offending motorist was a little old lady about 60; her shopping mate was about 80. I assume it was her mother. Together they probably weighed about 170 pounds and looked less fierce than the stupid terrier/squirrel mix my daughters brought home in 2010.

The offended motorist weighed about 210 and looked like he could have just emerged ready for battle from the Philadelphia Phillies bullpen. A Yankee decal on his shiny car, he was wearing shorts, a Phillies cap, a Phillies jacket and -- honest -- some Phillies cleats.

If he was returning from a church service, I’m guessing they have a very relaxed dress code.

I could tell by his uniform, his decal and his reaction to an accidental door ding that this was a man with rage issues. Both the big dollar Phillies and the Yankees underperformed this year and that can be hard on diehard fans.

I mean diehard fans who follow teams other than the Pittsburgh Pirates. After 20 years of losing baseball, we Buc fans no longer get angry. We just stay sad.

He lit into this woman with an unholy fury. He got right in her face -- he had to sort of stoop -- and berated her with the kind of language Lt. Col. Slade used in “Scent of a Woman” when Charlie Simms suggested the blind old warrior set the gun down.

It was one of those electric moments where I’m wondering what my role in this is meant to be.

It was a Sunday morning in western Pennsylvania so it’s safe to assume at least two of the three were packing heat.

This is not idle conjecture.

Good thing we’re all armed to the teeth.

The woman, God bless her, was giving as good as she got, sans the profanity.

“Haven’t you ever made made a mistake? It was an accident! Why are you acting like this?”

She got in the car trembling, I’m sure, as he menaced her from two feet away.

At this point, I’m feeling a need to do something, even as I had a carefree Sunday of football and playoff baseball in store. Becoming collateral damage wasn’t part of the plan.

But I drove up the aisle and rolled down my window. He was standing there astride her rear bumper.

I like to think my question had a soothing affect on him because he said in a voice that sounded like relief, “Yeah, I’m okay.”

Maybe he was realizing how close he’d come to crossing a very frightening line.

I hope so. I suspect he may have some mental health issues. No one should get kill crazy over an accidental little door ding.

And to think at the start of this story you thought I was the one acting nutty in the parking lot.

• In praise of profanity