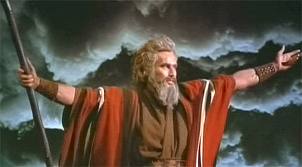 Then, speaking of FEMA, disaster struck.

A dear old friend of mine sent me a note saying I’d hurt her feelings.

And, honest, to me that is a disaster. I’ve really tried over the last year to be less reflexively nasty, less divisive and more even-handed in regards to our political differences.

This woman, a friend I’ve known since the 4th grade, is immersed in the New Jersey catastrophe. She is friends with people who lost everything.

Instead of my political cheap shot, she asked if I could instead ask readers to say some prayers for those who’ve lost so much.

“Yes, even the Tea Party needs FEMA,” she wrote. “And isn’t it great we live in a country that will send help regardless of your political affiliations? Some of the these people may be millionaires with their own opinions, but that doesn’t make them bad and/or wrong and unworthy of our support in the midst of such horrible devastation.”

Sometimes I just can't help it. Wit, as we’re about to see, is sometimes hard to holster.

But she is absolutely correct.

That makes what I’m about to write so tricky.

Because I am right, too.

This is a legitimate political issue. There are people who believe in extreme self-sufficiency. They home school their children. They grow their own food. They protect themselves with their own artillery. They mock those of us who believe government can play a beneficial role in bettering our lives.

They are like Grover Norquist, a Tea Party icon famous for saying, “I’m not in favor of abolishing government. I just want to the shrink it down to the size where we can drown it in a bathtub.”

The mindset appalls me.

I believe, as my friend does, that we all need one another, and that we are imbued with an innate eagerness to help one another where ever the need is greatest.

I like to think if we were neighbors, I’d be there this instant with my chainsaw and all my most reassuring hugs.

That’s the very best part of America and I believe that’s what beats in all our hearts. It’s a shame it takes tragedy for it to emerge above our pettiness.

Maybe I’m just sensitive to criticism of FEMA, my very favorite federal agency. I more than most any man knows just how resourceful FEMA can be in dealing with acts of God.

It was August 2001, a date that will forever ring with relevance for the horror it precedes.

They were simpler times. FEMA was considered vital to national welfare for its ability to deal with hurricanes, floods, etc. and other so-called “acts of God.”

I was then as now particular about word usage. Calling things like storms acts of God troubled me. They weren’t acts of God, they were weather.

My literal reading of the Book of Exodus, 7-10, gave me a Biblical understanding of true acts of God. The book describes the many ways the Almighty smote the Egyptians for their pagan defiance.

We’re talking plagues of frogs, locusts, gnats and all the water turned into blood, that latter being a real doozy.

How would FEMA deal with those disasters? I pitched the idea to editors at Maxim and they gave it an editorial amen. So I approached FEMA.

Understand, the story wouldn’t work unless someone connected with the agency gave me bureaucratic answers to how the federal government would respond to these biblical precedents.

Of course, FEMA reps didn’t return my calls. Who could blame them? Even those of us who consider the federal government useful understand it shoots itself in the foot anytime it tries to show it has a sense of humor.

Luckily, the longest serving FEMA director in agency history was under no such restraint. In fact, his name is Witt.

And, boy, did Witt live up to his name. He instinctively knew what we were seeking.

How would FEMA respond to a plague of frogs?

“The first thing I’d do,” he said, “is contact the animal rights group to ensure none of them were on the endangered species lists -- wouldn’t want to get ensnared in a lawsuit. Then I’d get the U.S. Fish & Wildlife Commission to have a huge frog roundup. And then, me being an Arkansas boy, we’d have a dandy barbecue. I have some great recipes for frog legs.”

He said insect plagues would involve calls to the Centers for Disease Control and the EPA to determine potential infections and which pesticides could be safely sprayed in populated areas. FEMA reps would be deployed to offer low-interest loans under the Farmer’s Disaster Relief Program.

“That’s loans, not grants,” he clarified. “Of course, the loan interest rates would be very reasonable.”

I was intrigued how FEMA would respond if some modern Moses with a chip on his shoulder turned all the water into -- ick -- blood.

“Ooh, that’s a toughie. I guess I’d order the deployment of water buffalos and reverse osmosis machines so your morning grooming wouldn’t be a real bloodbath. And as the aquatic life would be unable to survive in rivers of blood, we’d need the EPA to prevent the spread of contamination. I’d rely on the Army Corps of Engineers for guidance, but if they were stumped, I’d beseech a higher power.

“And I don’t mean Dick Cheney.”

As you can see, the man is fantastic. It was already on the way to becoming one of my favorite stories.

What cinched it was his eagerness to use a line I fed him about an outrageous scenario.  That happens in these sorts of stories. I had a this dandy line and he could choose to use it or not, depending on his sense of humor.

Happily, he did and here’s how the story ended, in a scenario that oddly echos today’s headlines.

“What would FEMA do if a 500-foot lizard emerged from the Atlantic and started crashing through Manhattan?

Told you Witt was hard to holster.

• I say nice things about Republican

I’ve really tried over the last year to be less reflexively nasty, less divisive and more even-handed in regards to our political differences.,

Holy crap, I'd hate to read the archives!