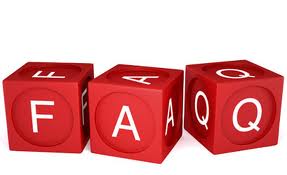 My blog aspires to having such an influx of excited new readers that one day it’ll be necessary for me to have a frequently asked questions page. Until that happens, I thought I’d respond to the questions I hear most often in my daily life.

Some of these are asked by readers, some by friends, some by the discordant choir of voices I hear in my head.

Q: Where the hell you been?
A: Pittsburgh. Every year I have about 10 buddies from NYC who come to town to watch a Steeler game. We stay at a downtown hotel, four to a room. It’s impossible to accomplish any writing in that situation.

Q: Do you ever wonder what you could have accomplished if you’d have used the time to do something other than blog?
A: Not really.

Q: Will you be home for dinner?
A: Tonight, yes. Tomorrow, too, but probably not Thursday. My wife gives me free reign to skip the family dinner if I feel like spending the time with friends at the bar. I do this maybe one or two nights a week.

Q: How’s your mom?
A: Still making crazy feel contagious. But she’s mostly good. Very forgetful, but usually cheerful. She complained about being bored recently so I rousted her out of her apartment to spend two days out here with us. That means the ferocious sister fights, the yapping dog, the loud TV no one’s watching, the high school football game, etc. She knows if she’s going to complain about boredom, she’s going to get all the things that make me wish I could switch places with her. But thanks for asking, she’s doing all right. She’ll be 80 in December.

Q: How’s the book doing?
A: Great. These things are vast mysteries to me, but Barnes & Noble had it ranked in the nosebleed section for most of the summer. Then, boom, it spent all day yesterday jumping between 437 and 478. I’m not sure what that means but it’s bound to be good news. One day after that surge, it’s ranked at 94,797.

Q: Are you worried people will get tired hearing about you and your book?
A: That is a concern so I try not to go to the well too much. Five of the past 21 posts have involved news about the book. I hope these posts have involved tangential entertainment and wouldn't want you to skip a post that mentions the book in the headline.

Q: What’s your prediction for the World Series?
A: I don’t make predications. I announce hopes. I hope Baltimore beats Washington, 4 games to 3. Both are exciting teams with many compelling stories. Right now, I just hope every game goes extra innings and every series goes seven games. I just love baseball.

Q: Is the reason you’re giving us this half-assed sort of post because you’re hungover?
A: No, just fried. We really whooped it up and had a lot of fun. I was wiped out yesterday and couldn’t think of a fun topic for today. I hope to have something fresh and coherent by tomorrow.

Q: Why didn’t you just take another day off? It’s not like someone will dock your pay.
A: Blogging is like having a goofy imaginary friend with multiple dependency issues. You can’t abandon it for to long or it might die from lack of attention. But like having a needy friend, you spend a lot of time wondering if the damn thing’s holding you back from more productive pursuits and if, geez, would anyone give a damn if the SOB just died? But I wouldn’t want taking days off to become a habit so here you go.

Q: Your thoughts on the presidential election?
A: I think Romney’s had one good week and it’s about to end. What’s interesting to me, is he’s starting to act like the sensible moderate conservatives always suspected him of being. I believe Obama will win, but if he doesn’t conservatives will spend the next four years hating the president for not being conservative enough. There’s no pleasing conservatives.

Q: Are you still 8days2amish?
A: Geez, isn’t everyone? Even the hedge fund managers worry the boat’s going to spring a leak. I’m doing better these days, but the Amish financial meter hasn’t budged.

Q: Thoughts on the DeVito-Pearlman divorce?
A: I believe it involves the separation of the two smallest bodies since the splitting of the atom.

Q: If we have any legitimate questions of our own, can we get in touch?
A: By all means.

Email ThisBlogThis!Share to TwitterShare to FacebookShare to Pinterest
Labels: 8Days2Amish, DeVito divorce, Use All The Crayons, World Series predictions