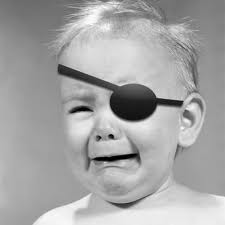 (726 words)
I’d like to thank the Pittsburgh Pirates for adding anatomical depth to a body part I thought had bottomed out.

The human posterior is the butt of many jokes, but it is also the seat of some of our most nimble linguistics.

We can kick, kiss or haul ass. We can butt out or bum a smoke. We can be asses, either pompous or pains in them. The business world is crowded with buttheads who butt heads.

I’ve always had ambitions to walk the fields with an attractive mule farmer so I could say, “Nice ass!” and be assured she wouldn’t slap me for a compliment some would describe as cheeky.

I had a great lunch in downtown Pittsburgh yesterday with a friend and realized by the happiest of coincidences the Pirates were playing a rare day game against the Atlanta Braves and future hall of famer Chipper Jones. It was the last game of the 20th consecutive losing seasons for the Pirates and would mark the last time the great Jones would appear in Pittsburgh.

I knew I could snag a cheap ticket and go catch a few innings. I’m one of those guys who loves just being in the vicinity of a baseball game. That’s why the last 20 years have been such a challenge.

The Bucs have mostly stunk, a domestic beer costs $7.50 and the cheapskate owners keep finding creative new ways to infuriate their most steadfast fans.

As I suspected, demand was low. The first scalper I saw said he had $30 lower level tickets for $10 and upper levels for $5.

Perfect. I had The Times and wanted to stretch out.

He told me I seemed like a nice guy and handed me a lower level seat for $5.

It pays to have a friendly face.

I was grateful for the gesture, but I had no intention of sitting that near. I’d deservedly be showered with scorn by serious baseball fans if I was sitting there scanning the broadsheet between innings.

My options were plentiful. There were about 26,000 empty seats in the 38,362-capacity ballpark.

I headed to the upper deck to one desolate section where the lone usher outnumbered the fans.

“Can I see your ticket?”

He was about 60, a fringe of gray beneath the cap, and had the baseball usher’s cheerful personality. He reminded me of my old man.

I thought, man, in two hours this guy and I are going to be best buddies.

But it was not to be.

I told him my plan, that I was forgoing my $30 seat to enjoy a little space up here in peanut heaven.

“Everyone has to sit in their ticketed seat. They call it seat integrity.”

Surely, this was a prank. I asked if he was messin’ with Sasquatch.

“No, we’ve been told to enforce seat integrity.”

I was dumbfounded. The $30 ticket for which I’d paid $5 wasn’t good enough to allow me to sit in a godforsaken expanse of empty $10 seats.

The usher and I looked at each other in silent acknowledgment we were at the mercy of fools. At some point in this season, the people who run the Pirates held a business meeting where they designed yet another policy they must know will confound logic.

I was speechless. I put my hands in the air and shrugged.

Monkey-see, monkey-do, he did the same. We stood there facing each other for about 12 seconds like we were engaged in a two-man Wave.

I’ve been to Camden Yards in Baltimore, maybe America’s most fan-friendly ballpark. Stadium employees there ushered my ass in the exact reverse of what I was trying to accomplish at PNC. After the sixth inning, they invited us to move to better seats.

How about a little Pirate front office integrity?

But I wish I had a little seat integrity. I’d stay home for good and tell the Pirates they could kiss my seat goodbye.