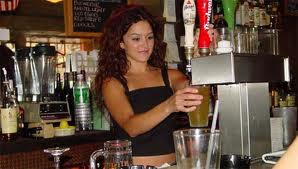 I think it would be beneficial if there were a constitutional amendment requiring the presidential candidates to spend the remaining weeks before the election co-hosting a morning zoo radio program.

Everyone’s still bubbling about the Tuesday debate so feisty it looked like the pair might come to blows.

And wouldn’t that have made for great TV!

It’s been two days and partisans are still deciphering every phrase and gesture. We can’t get enough of it.

This debate was fascinating because it was a close as we’re going to the type of political conversation for which Americans thirst. That would be banter.

We’re all familiar with the format. Take two interesting individuals with divergent opinions, coop them up every morning from 6 to 10 a.m. to talk about current events, play music and jabber with comics and newsmakers.

Imagine what having our two presidential candidates in that setting would reveal.

“And that was Looking Glass with ‘Brandy,’ such a fine girl. That catchy ditty was from 1972, back when I still thought the Vietnam War was a really swell idea.”

“Yes, Mitt, that’s a great tune, but why from all your binders full of songs about women would you choose, ‘Brandy,’ a song that’s bound to remind listeners that single women have so struggled under the Republican-led Congress that many of them have had to take low wage jobs in divey seaside bars just to make ends meet.”

“My 5-point plan would prevent Brandy from being shipped overseas like so many jobs under your lousy leadership. Up next is “Sister Golden Hair” by one of my favorite bands, America.”

“Indeed, I love America. Have something against America, do you, Barack?”

“I’m not falling for that again!”

Joe Biden could do the weather, Paul Ryan traffic.

The great thing about my idea is every characteristic we want in a president would be revealed. They could take calls, comment on news, sports and interview comics appearing at the local Chuckle Hut.

The best part would be I imagine both men would come off as a lot more likable to more of America. We need that.

The people who hate Barack would see a sense of humor and self-deprecation that isn’t evident in formal settings, the only ones conservatives watch when they need something to ridicule. For instance, at the debate he was asked about the biggest misconception about him and he gave some policy answer too boring to recall.

Had he been in an odd couple radio format I’m suggesting he might have felt loose enough to say, “The biggest misconception about me? That’s easy. That people think I’m a Kenyan-born Muslim!”

And I think we’d all like the Romney revealed on radio. He’s chosen to pursue an impossible task. I believe he’s a moderate who needs to pretend he’s severely conservative in a party dominated by its lunatic fringe.

He’s still paying for the extreme positions he needed to ape to earn the Republican nomination over nut jobs like Rick Perry, Donald Trump, Michelle Bachman -- and I still shake my head that these buffoons were each once considered leading contenders.

I think someday Romney will say as much when he writes his book about the 2012 election -- and I’ll read Peter Criss’s new bio about what it’s like to play drums for the band Kiss before I read that and I won’t read that.

Romney’s a man who only looks comfortable in the moments before he knows he’s about to utter the words “Let us pray ...”

Alas, my idea is likely doomed. The one thing we can all agree on is our political parties are too vested in division to take a chance on consensus.

Here’s what I think is going to happen: the next debate will be judged a draw and Obama is going to win by a margin more comfortable than the experts are predicting.

But what the hell do I know?

I’m still trying to figure how that dashing sailor could really love the sea more than Brandy. I suspect he was homosexual and didn’t want to hurt her tender feelings.

Either way, it’s a real pity.

Such a fine girl.