RRS: What I think about when the dog and I get into a staring contest 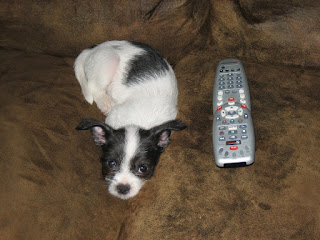 No cogent reason for re-posting this. But it’s got, I think, some funny musings and seemed to fall through the cracks. And it has nothing to do with the Super Bowl so it for now is perfect.

I sometimes find myself staring at the dog and wondering how I’d lok with his nose and how he’d look with mine. And I wonder if he’s thinking the same thing.