"Stolen Valor" and my pretend life 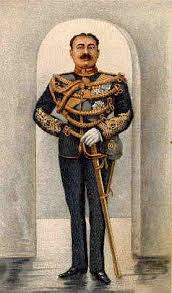 A federal appeals court ruled Tuesday it’s a free speech privilege for posers to wear fraudulent military medals. The case was brought to court under the Stolen Valor Act that in 2013 aimed to outlaw non-serving scoundrels from profiting from pretend military heroism.
So the ruling, in effect, will lead to men who falsely claim to have been maimed in service getting truly maimed by enraged men who actually did.
It says something about the degree of respect I have for our veterans that I’ve never once pretended to be one of them.
Because throughout my life I’ve been a great pretender.
And why pretend you are a Purple Heart-earning dogface when you can pretend you are some gaudily decorated Generalissimo from some banana republic nation no one’s ever heard of?
Think of the fun. You could dress in some elaborate uniform, get a hat with feathers, toy sword, head down to the local VFW and say you love America and want to defect.
At the very least, you’d get a good free drunk out of it.
I swear I’m going to do it one of these days.
My inspiration for this is one of the legendary stories I’d heard from when I did swashbuckling features for National Enquirer. This one happened back in the 1980s at the height of Cold War tensions with the Soviet Union.
One of the brainstorming editors wondered what would happen if they dressed up an undercover reporter as a Russian general, dropped him off at the Pentagon, and told him to see how deep he could get by just bluffing.
I remember hearing General Vodkov got pretty far before getting arrested.
Another inspirational one involved the time they wanted to see what happened if they dressed some hapless reporter up as an elaborately made-up alien and set him loose on some hick town Main Street out west.
It was during the summer of “E.T.” and movie goers were expressing warm fuzzies for assorted green creatures from outer space.
This reporter didn’t get arrested. Instead, he nearly got shot.
“Oh, he wasn’t there 10 minutes before three dudes with shotguns got him on the ground,” an editor explained. “He ripped his mask off and started screaming, ‘It’s a joke! It’s a joke!’ It was hilarious.”
I’ve always wondered how the editor would have written the story if the poor disposable bastard had been shot down by the Earthlings.
I for various Enquirer stories have pretended I was a flower delivery boy to get into Tammy Wynette’s hospital room; pretended I was hired to deliver a singing gorilla gram to learn the location of  TV personality John Tesh’s hotel room; pretended my invitation to Julia Roberts’s birthday party was legit; and in 1994 pretended I was in dire need of rehab to gain admittance to the clinic where Courtney Love was being treated for her addictions.
In 1994, that last one really wasn’t much of a stretch.
And, oh, the countless times I pretended I was a real reporter.
Do you ever pretend you know exactly who or what someone is talking about in the hopes your brain will catch up before the person you’re talking to realizes you’re a vapid idiot?
I do that probably three times every day before lunch.
Growing up, I used to pretend I had a tummy ache to get out of going to school. Now I pretend I’m not hungover the morning after I swore to my wife I wouldn’t get too drunk the night before.
I pretend I never grasp the soulful poignancy when Pete Townshend in “Slit Skirts” from 1985 sings, “Can’t pretend that growin’ older never hurts.”
So, no, I’m far too busy pretending I’m other things to pretend I’m a decorated veteran.
And now I’m done.
Watch me spend the rest of the day pretending by it’s been productive.

Related . . .
Long live National Enquirer!
My night with Julia Roberts
My Enquirer ethics
What happened when I spent 72 hours handcuffed to Val
My career advice: Don’t be like me!