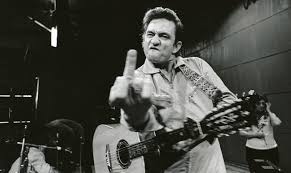 I gave a doctor the finger and Obamacare paid for it!
I had a life-threatening splinter deep in my right hand’s middle finger; the Digitus Me’dius, to you fans of old Roadrunner cartoons.
I wish I could contend it was a steel splinter from an ax-wielding mishap or a fragment from a bullet I tried to catch between my fingers.
But, no, the wound was wicker in origin.
Yes, the fabled fabric of the pharaohs. Wicker has been found in the pyramids and throughout the palaces of European royalty.
I had some under my ass when I was sitting at our kitchen table — and let’s thank God for a moment I was wearing pants or this story would be on a more adult and graphic veer.
I reached down to adjust my position and felt a sharp stab on the palm side of the upper knuckle in the finger angry motorists rely on to articulate road rage is about to bloom.
It was so small I couldn’t see it without a squint. I went to look for some tweezers, but couldn't find any.
Looking back, I should have just gone for the hatchet. Just lopping the damn finger off at the knuckle would have really bolstered my manly bona fides.
But the stub would have been unsatisfactory.
You don’t want a short middle finger. You want a long one. Like “E.T.” long. When you give someone THE finger you want emphasis.
I mistakenly thought it would work itself out. A week later I tried to dig it out with a sterilized needle. That hurt.
The operation left me so woozy I decided I couldn’t type any more that day and went downstairs to the Tin Lizzy and proceeded to get woozy in a more agreeable fashion.
And the tiny wicker splinter continued to fester, throb and ugly up. It was soon looking like the skies do when you see tornado-ripe storm clouds gathering on the horizon.
Clearly, I should have gone to the doctor right away, but despite the pain, I was really enjoying myself.
When people would casually ask, “Hey, how you doing?” I’d without explanation raise my middle finger.
I did this with friends, waitresses, mechanics, librarians and most memorably with little Lucy’s Sunday school teacher.
Giving someone — anyone — the bird is always a very liberating feeling.
People these days are on such hair-trigger alert, I felt like I was conducting some sort of civics lesson.
It was like me saying, “Things aren’t always what they seem. You initially thought I was expressing malignant hostility. Instead I’m conveying a pain I’m feeling of which you are unaware. Many of us are hurting in ways that are sometimes unseen. Let this be a lesson in how you and I go forward in our dealings with our fellow man.”
Ideally, that would have been the reaction, but most people seemed to think I was just being an asshole, especially Lucy’s Sunday school teacher.
So I headed to the Med Express where I was pleased to learn I was out-patient of the day.
Everyone loved me!
First of all, I had an interesting wound. It was by then all swollen and pussie so they were really happy to see me.
Second, I asked them lots of questions about their typical hypochondriac patients and my questions gave them a chance to unload on all the people who mistakenly believe they’ll live forever if they see the doctor every time they come down with a case of the hiccups.
Third, I led them to believe I was one tough son of a bitch.
Splinter? I wasn't going to let that slow me. The only reason I’m here is because all the other kids on the school bus would faint whenever I waved bye-byes to my daughters.
I kept up the tough guy pose right up until I began begging the nurse to bring me a juice box so I wouldn’t pass out.
I’m not kidding. The doc really did a number on my finger. He gouged a hole so big I actually wound up needing stitches.
For a splinter!
I’m stabilized now, thank you, and am due to return next week for stitch removal.
I just thought you’d like to know what’s been going on if you see me over the next week and I for one reason or another give you the finger.
Or what’s left of it.

Related . . .
Bird watching in Mr. Rogers Neighborhood
The story of my webbed toes and other human deformities
I am becoming left-handed
A profane discourse on barbers and bartenders


In praise of profanity