Veterans Day, the typhoon & other acts of God (& man) 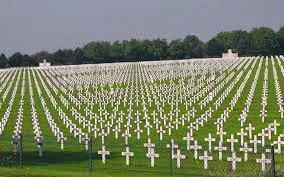 (674 words)
I like it that on this Veteran’s Day, a day dedicated to commemorating man-made carnage, thousands of our future veterans are rushing to the Philippines to try and alleviate some of the God-made kind.

At first glance it makes it seem we’ve entered an enlightened age where our great armies are mobilized for strictly humanitarian missions.

Oh, if only the trajectory of man’s collective reaction to human suffering were that simple.

Who knows? Maybe in as few as five years more future veterans will be steaming there to annihilate the same poor bastards we’re today determined to save.

Cataclysmic events are piling up with dizzying frequency. It’s a near certainty no one will ever again experience what used to be described as a “slow news day.”

It’s all genocide in central Africa, famine in Asia and raging all around the world are the typical my-god’s-better-than-your-god wars that never go out of fashion.

Me, I’m suffering from maybe the worse disease of all.

I’ll say my prayers that God will help them, but there’s zero evidence He heeded any of the many prayers I’ve said asking that He stop with all the deadly earthquakes, volcanos, hurricanes and other calamities the insurance industry describes as “acts of God.”

Even if I had the money to donate, it would be a pittance and I’m suspicious it would ever get around the world to help those who need it so why bother?

How do those of you who care so much find the strength to carry on?

I don’t know what it’s like where you live, but I know scores of western Pennsylvania altruists left the ‘burgh almost four years ago and headed for Haiti when the quake there that killed about 100,000 godforsaken Haitians.

I so admire their commitment.

They gave up their comfortable lives, their warm beds, their hi-def cable to move to Haiti to help a nation of people who never seem capable of helping themselves.

Never in my life could I fathom making a decision like that.

It heartens me to know there are people who can, but the sports fan in me wonders if they just thought the Pittsburgh Pirates would ever have a season like the one they just did.

How many people like that are left to say, “Honey, pack my bag. I’m needed in the Philippines. See you in 2017. Don’t wait up.”

I wish we had a humanitarian equivalent to SEAL Team 6, an expert group of courageous men and women who could descend on a devastated region and in just two tidy weeks make everything right.

Maybe I’m just down today because Typhoon Haiyan coincides with the day I’m bound to recall the utter madness of World War I, the conflict that confounds students of history as maybe the most insane of them all.

In about four years, the war killed 8.5 million soldiers and about 14 million civilians.

The armistice -- what we’re “celebrating” today -- was as maddening as the bloodshed that preceded it. The armistice was signed at 5 a.m. that day meaning the war was over, but the carnage continued for six more bloody hours until it technically went into effect on the 11th hour of the 11th day of the 11th month.

During those six hours after the peace was signed, 2,738 from both sides were killed and another 8,000 wounded.

The first and last soldiers to die in the war were killed within a few miles of each other and coincidentally buried in the same Saint-Symphorien, Belgium, cemetery just seven yards apart.

Historians still have tough time making sense of it all.

And time marches on.

Maybe today I’m just having trouble dealing with yet another God-inflicted natural disaster when Veteran’s Day forces me to reflect on all the horrific unnatural ones we’re always inflicting on one another.

Email ThisBlogThis!Share to TwitterShare to FacebookShare to Pinterest
Labels: natural versus unnatural disasters, origins of WWI, using military to help typhoon survivors, what does Pat Robertson say about acts of God, why does God let natural disasters happen