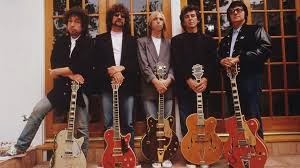 (745 words)
Val and I were thrilled to accept a special invitation to appear at the grand opening to Four Seasons Brewing Company, Latrobe’s exciting new craft brewery.

Any of the nearly 500 people who were there will recognize some obvious exaggerations in that first sentence, all of them designed to make me appear more cool than I am.

See, it was open to the public. Any strolling vagrant would have been welcomed in for some sips of free beer. Val read about it in the local paper and said, hey, this sounds fun. Let’s go.

And it was very cool and I’m glad we went.

The beers were great, the people friendly, and I imagine the owners must be thrilled to have such evident community support that looks like it’ll ensure they’re in for a good long run. I told all my Pond buddies we have to go back some afternoon for as long as it takes someone to decide our friendly neighborhood samplings have turned into cheap drunken freeloading.

But this isn’t about a great new brewery in the ancestral home of now-disgraced Rolling Rock beer.

This is about my efforts to remain cool in a world that seems determined to slap the cool right out of me. Appearing cool is for me a spiritual imperative.

Why else do you think I’ve never once introduced myself by saying, “Hi! My name’s Chris and I’m a blogger!”

So the lesson I learned Saturday is if I want to appear cool I need to grow a great, big bushy beard and learn to at least pretend I enjoy rap music.

Beards are becoming so popular I predict soon we’ll start to see enterprising single women massaging Rogaine into their chins.

The beard I can do.

Like clockwork, I grow a real scraggler once every four years when it’s time to renew my driver’s license. It is my custom to make my picture as repulsive as possible so any arresting police officer might see the clean-shaven difference between my photo and myself and think, “Hey, this guy might be driving recklessly, but clearly he’s turned his life around since this awful picture was taken. I’m gonna give the dude a break.”

Enjoying rap, however, is something that will be difficult for me to even fake.

And rap was all the DJ at the brew company played.

Seeing so many bearded white men in flannel shirts appearing to enjoy rap music struck me as being incongruous, meaning it defied reason -- not to be confused with being in congress, which means defying the will of the American people who wish they’d stop all their silly posturing.

The samples were too small to get me inebriated enough to storm the DJ table, seize the mic and shout, “What’s wrong with you people? This isn’t cool!”

I think I’m doing a good job as a parent because my daughter’s probably the only 7th grader in western Pennsylvania who can name all five Traveling Wilbury’s -- and most of them by their Wilbury names (Nelson, Otis, Lefty, Charlie T. and Lucky).

I’d be a wealthy individual if I devoted as much time trying to earn money as I do ensuring my daughters grow up with an appreciation of great music.

But the music thing is way easier, more fun and I can do it just as effectively either drunk or sober so that’s a no-brainer.

So Josie and I have enjoyed many drives or spare time listening to lots of Beatles, Stones, Springsteen, Mark Knopfler, Tom Petty, Billy Joel and other enduring artists -- even Elvis.

That’s a strong base. Even better is she doesn’t get impatient when I play her some Steve Earle, Joe Ely, Todd Snider, Delbert McClinton and Texas artists who are making such compelling music, Hubbard especially.

I hope one day she’ll hear some of those songs and think of me the way I think of my own father when I hear some Frank Sinatra. It’s a warm nostalgia for a joyful old man I remember more and more fondly with each passing day.

I just don’t ever seeing that happening with rap.

It’s a message I hope to impart next time me and Val or my buddies head over to Four Seasons for some fine craft beers.

In short, if you’re going to look like ZZ Top, you ought to at least listen to someone like ZZ Top.

Grammy Thoughts: Recall all music since 1986

For Boss fans only: A Springsteen career retrospective
Posted by Chris Rodell at 11:16 AM