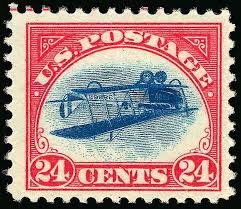 (727 words)
Pack up the sleeping bags, the inflatable air mattresses and your long john jammies. Temperatures are expected to dip below freezing tonight and that cement sidewalk can chill your bones.

I’m signing books Friday from 4 to 8 p.m. at the Greensburg Barnes & Noble!

What? You were expecting Springsteen tickets?

That’s not good enough for me.

And what do I intend to do to warrant such newsworthy commotion?

I promise to wear all those crazy rubber band bracelets my daughters have made for me the past three months.

Fear not. The girls are so industrious with their looms not a speck of flesh will be exposed. I’ll look like a rainbow-colored Michelin Man. You can toss me off the roof and I won’t stop bouncing until I’m clear past the Red Lobster.

Any other reason why anyone should show up?

Yes! The store has about 30 collector’s edition copies of what will go down in history as the “Inverted Jenny” of “Use All The Crayons!”

The Inverted Jenny is the famous 1918 postage stamp that featured an upside down airplane. The image represents the most famous mistake in stamp history. One mint-conditioned rarity in 2007 was auctioned for $977,500 or about what every single Forever Stamp today would need to sell for the USPS to turn a profit.

As I’ve mentioned, the book’s done so well that the publishing entity gave it a second print makeover and is lavishing it with more than $4,000 worth of marketing and promotional oomph. It’s being entered in award contests and presented to top book buyers who’ll decide if it’s worthy of national distribution.

The biggest change is apparent on the back cover bio that hypes all the magazines for whom I’ve written. All the changes turned out to be very painstaking. That’s why I was so deflated when they sent me for approval the very first copy of what the “new” book.

See, I’d added two lines. The first line immediately after the listed magazines is: “He’ll write for anyone who pays him.”

Somehow the key second line was not there. That line is: “He is a PROSEtitute.”

I was crestfallen because the first doesn’t work without the second. Without the punchline, the first line makes me look like a money-grubbing hack, which I most definitely am not, even though my wife, I’m sure, wishes I were.

This pushed back the book’s re-release by about two weeks.

But the Greensburg Barnes & Noble sells so many copies of the book -- and the fact leaves me overjoyed -- an order for 30 snuck in between corrections.

So that means one day the books could be worth two pennies!

The book has come so far in just one year -- and thank you one and all for helping make that happen.

Just last year I was actually including in promotional material the line, “I can’t promise you’ll enjoy “Use All The Crayons!” but we’re pretty sure it won’t make your head hurt!”

Now, thanks to so many of you, I simply tell people that everyone loves my book.

Saying so used to make me uncomfortable, as it sounds so conceited. No more.

So everybody, one and all, please stop by and buy a book for a friend. They’ll love it, I swear. Or maybe stop by and say hello.

And I have one additional request: Everyone bring along at least one nimble friend named Jenny so I can stand them all on their heads.

I’ll post the picture on my website over the caption, “Chris Rodell and all his inverted Jennys!”

It promises to be another triumph for what was one of the world’s most rejected books and further evidence that with a good idea and the support of friends and loved ones it’s still possible to turn the book industry on its head.

Mom’s coming to my Lebo book signing!
Posted by Chris Rodell at 12:02 PM

Email ThisBlogThis!Share to TwitterShare to FacebookShare to Pinterest
Labels: Chris Rodell book signing, Greensburg Barnes and Noble, is iUniverse good, prosetitute, The Inverted Jenny stamp, Use All The Crayons