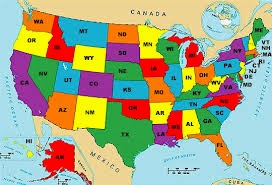 In 2005, I launched a movement to, for reasons social and financial, relocate our nation’s capital from Washington, D.C., to Lebanon, Kansas, the exact geographic center of our polarized nation.

Eight years later, not much has changed. We are still mired in gridlock and my many grand movements are still met with reactions ranging from indifference to ridicule.

But one thing has changed.

Today I can blog about it!

So here’s the story I submitted to various prestigious publications in 2005. No one saw the merits of my genius. In fact, I don’t remember anyone even responding.

Perhaps you’ll see the benefits. If so, please feel free to share the story with friends and any influential legislators.

And here’s a tip: you might be wise to start buying real estate in Lebanon while it’s still cheap.

Here’s the story, dated and typically error-ridden as it may be . . .

(756 words)
The Beltway gridlock has the nation mired in another series of seemingly insoluble problems. From saving social security to excessive fuel costs, the politicians we look to for creative leadership appear incapable of divining the answers that will move America forward.

It’s time to relocate the nation’s capital to Lebanon, Kansas, the geographic center of the contiguous United States.

Washington, D.C., became the nation’s capital because its location was a logical compromise for legislators who’d have to ride horses and bone-rattling buggies over terrible roads for long distances. The shores of the Potomac made perfect sense 214 years ago when our infant nation of just 13 states clung to the east coast. But even as manifest destiny pushed our population ever westward, our capital’s location has remained stump stubborn while the country moved farther and farther away from it.

Consider the majority of our illustrious state houses. When given opportunities to settle in more renown marquee cities like St. Louis or Chicago, Missouri and Illinois bestowed capital status on the centralized, if unremarkable burgs of Jefferson City and Springfield. Same goes for capitals in lunch bucket towns like Harrisburg, Pennsylvania, Columbus, Ohio, and Lansing, Michigan.

The move would spark an immediate and enormous savings in congressional travel expenses. Gas prices would plummet. Taxes could be slashed.

Better still, the move would instigate the purification of a political process that seems irrevocably poisoned in swampy old Washington.

When the conservative stalwart Wall Street Journal savaged Republican Majority leader Tom DeLay for a series of alleged ethical lapses, it seemed to imply the fault wasn’t DeLay’s inability to tell right from wrong, but instead stemmed from a foul-smelling infection thriving inside the Beltway incubator.

“In Beltway-speak, what this means is that Mr. DeLay has an ‘odor;’ nothing too incriminating, nothing actually criminal, just an unsavory whiff that could have GOP loyalists reaching for the political Glade if it gets any worse. The Beltway wisdom is right. Mr. DeLay does have odor issues. Increasingly, he smells just like the Beltway itself.”

The Journal makes Washington sound like a fraternity house where prudent guests wipe their feet on the way out.

All of which brings us to bucolic Lebanon, Kansas. For those who think there is no center in our polarized political world, it’s time to consult a map. You’ll find Lebanon, pop. 273, at the exact center. That only 273 out of 308 million Americans can lay claim to true centrality points out the scope of the problem.

No politician in the past 30 years has won high office by boasting of being a Washington-insider. That little conceit will end when we move the capital to Lebanon.

“You can’t get much more outside than Lebanon,” says city clerk Connie Herndon. “We’re 60 miles from the nearest Wal-Mart.”

Yes, utter desolation. Congress will be free from the pesky distractions of Gucci-hooved lobbyists, $700 wine-drenched dinners at The Palms, and the comely hookers, mistresses and interns who’ve reduced so many would-be statesmen into fondling fathers. What does Lebanon offer?

“Nothing. Absolutely nothing,” Herndon says. “It’s a farm community of old farmers who work during the day and stay in at night. The only thing that qualifies as entertainment is a local choral group who gets together and sings patriotic songs.”

Hmmm. Sounds like red meat for a Red State.

“Well, the year before they sang popular songs from the ‘60s.”

Perfect. A bipartisan glee club capable of swinging from The Stones straight to Sousa.

Of course, some things won’t change. Lebanon is the very heart of the heartland. It is farm country and that means manure. Sorry Wall Street Journal. It’ll sometimes stink in Lebanon, too. But at least the fertilizer in Lebanon is used to nurture farm produce and won’t wind up being broadcast on C-Span.

Moving the nation’s capital out of Washington and to farm country will no doubt be dismissed by some as, well, a corny idea. But it’s worth a try. Clearly, the Beltway is broken. It’s time America made a statement that would show we’re going back to the grassroots of our democracy. Goodbye Beltway.

The new capital will start off with one impressive surplus. The farm town will be so awash in fertilizer the local glee club will be performing patriotic ditties above the fruited plain in hip waders.