Talkin' Turkey (the Republic of) on Thanksgiving 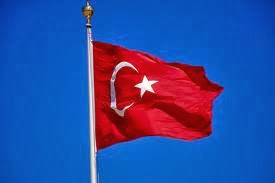 This is the time of year I always find myself wondering if the Republic of Turkey has a national bird.

The true tale of the Pilgrim turkey rapist
Posted by Chris Rodell at 10:48 AM