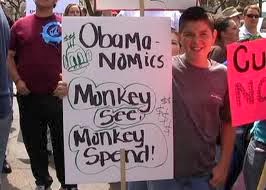 I know exactly how my conservative friends are feeling right now. They are outraged. They believe the president is an idiot. A stooge. An historic bungler.

It was about 10 years ago when I was feeling the exact same way about another president. My blood boiled when I thought about all The Decider’s bone-headed decisions.

Yes, I was very upset about the bloody consequences of the Iraq War.

Today, conservatives feel that way, too.

I guess in the case of conservatives, that’s as close as they’ll ever get to progressive intelligence.

So I’ll still defend my stupid bungler over theirs.

But let’s set past (well, mostly past) unpleasantries of the Iraq War aside because defending that historic fiasco is something that’s still giving conservatives headaches and today’s post is all about healing.

That means any dyspeptic anxiety resulting from reading this one will be covered by Obamacare.

Of course, some fire breathers are giving the troubled health care rollout immoral equivalency to war. They contend people are, indeed, dying because of it -- and we’ve yet to drag one aging Granny in front of a death panel.

The pro-Obamacare side says people have for years been dying for lack of affordable health care and everything’s going to be fine.

Me, I’m at a disadvantage because I neither pay heed to Facebook pseudo-savants nor listen to home team talk hosts.

I have satellite radio and these days I’m listening to lots of Outlaw Country and hoping I’ll hear Ray Wylie Hubbard.

But as I like to be on record for any major issue, I suppose it’s time for me to go out on a limb and prognosticate how this is all going to play out.

Everything’s going to be fine.

The malfunctioning website will be working smoothly by the end of the month and in two years Americans will be wondering how we ever did without the Affordable Care Act.

And for that we’ll have Republicans to thank.

It all starts today in voting booths in New Jersey and Virginia. That’s where social moderate/Obama buddy Chris Christie is going to win in a landslide with Democratic votes and Tea Party darling Ken Cuccinelli is going to lose what should have been a slam dunk gubernatorial dash.

Thus, today will be remembered as the day moderate sanity began creeping back into Republican policy.

See, the GOP doesn’t realize it, but they need Obamacare maybe more than anyone. No one can deny the GOP is very sick.

They lost the 2008 and 2012 presidential elections to a guy who ran promising to bring affordable health care to all America. And, geez, the guy’s black.

But they are beginning to realize the rocky path of belligerent obstructionism tops out in approval ratings at just about 20 percent.

We live in a time of such rampant hysteria our train wrecks have somehow begun to outnumber our actual trains.

But here’s what’s overlooked about what happens with every single train wreck: people come together to clean it up and the next day or so another locomotive comes rolling right on through.

Republicans will have an opportunity to help clean it up and along with it their historic reputation for stumbling on important social issues growing majorities of Americans revere. The GOP assured catastrophic doom would follow Democratic-led passage of Social Security, Civil Rights, Medicare, Gay Rights, et. al., too.

Maybe Obamacare is flawed. It’s far too early to tell. But even if it is, there’s no reason it can’t be fixed to become a superior replacement to the expensive, greed-driven and unfair system that preceded it.

It will involve what today seems like quaint nostalgia from a bygone age: legislative give and take.

I’m hopeful that’s what’s going to happen and when it does, it will be the end of the Tea Party hysteria that has so poisoned the country for the past five years.

Reasonable Americans have been eager to tread all over you for the past five years.

And won’t that be funny?

If it all works out like I expect it will, then the only entity to succumb to death panels will be the Tea Party extremists who initially sought to demonize Obamacare in the first place.

My political persuasion? The exact opposite of today’s conservatives