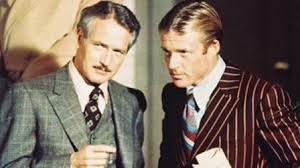 (701 words)
I was driving through a gritty section of rural western Pennsylvania the other day and thought, man, an enterprising meth chef could make a fortune in these parts.

Then I wondered logically if I might be just the right guy for the job.

I don’t think many people would be surprised if it turned out I had a criminal sideline. It would help explain my frequent “working” vacations, ample free time and ability to coast through life with no visible means of support.

I wondered how my wife would react if she found out I’d gone into cooking meth to make ends meet.

You and I both know she’d be overjoyed.

It would show the first real initiative I’ve taken since I announced one summer about seven years ago that I was on my own undertaking an important home improvement project.

I saw it through and today during the warmer months I can often be found napping in the comfortable hammock I screwed up between two big oaks out back. And a hammock remains one of the few things a guy can really screw up that has some recreational benefits.

Of course, me being a meth cook would have many parallels to Walter White, the star of the recently-concluded AMC show, “Breaking Bad.”

You remember it. Walter, like me, was 50, struggling with his obligations, family discontent and chronic illness. The only difference is Walter was susceptible to cancer relapses and I’m susceptible to Saturday hangovers.

But in the end -- SPOILER ALERT! -- it all worked out fine. Walter made a fortune selling meth, fell back in love with his wife and with Jesse Pinkman opened a faith-healer church where together they revived the bullet-riddled bodies of Hank and Gomie and everyone lived happily ever after. Well, everyone except Lidia.

At least I think that’s what happened. I might have been tripping on a meth bender during the finale.

But Walter is a true inspiration, I’m sure, to many middle-aged men more nervy than me.

They see with just a little risk how much money there is to be made. So desperate men and many women, too, sit there and think, “If I play my cards right I can make a fortune leading a life of crime.”

No one in history has ever said that about a life of blogging.

But meth kingpin would be difficult for me because I’m uncomfortable with confrontation and confrontation is what guys like Tuco and the rest of the creepy Salamanca boys are all about.

White collar crime seems suitable until I realize it probably involves more math than meth and I only have one white collar shirt.

I wish I had the skill set to be a gentleman jewel thief. It has an appealing Robin Hood element to the crime: me stealing from the rich and giving to the poor (and that again would be mostly me).

My favorite criminals of all time are probably Henry Gondorff and Johnny Hooker. They were the dapper Paul Newman/Robert Redford characters from the great 1973 movie, “The Sting.”

The movie features maybe a dozen great cons against people who mostly had it coming, especially mob boss Doyle Lonegan, as played by Robert Shaw.

There were crooked card games, heists, switcheroos, wire fraud, faked horse race results, and in the end a massive con so cleverly executed that the mark never even knew he’d been had. It’s beautiful.

I saw it when I was 10 and remember thinking even then, wow, that sure looks like a great way to make a living. You spend all your time in bars and pool halls scheming with your buddies and, then, in the end you get the great big score.

I guess I’ve lived up to the first half of that, persevering as I have through what even I often consider a life of crime minus all the crime.

It’s a shame that one big score remains so elusive.

So I hereby promise I’ll initiate the necessary career alterations if one day it seems like it’s never going to pay off or the instant it simply stops being so much fun.

Too self-deprecatory? Me? Here’s why