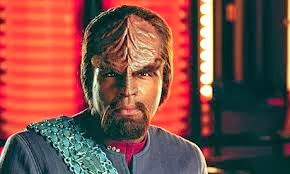 (748 words)
News that Amazon is partnering with the USPS to deliver Sunday packages is being hailed as a boon for those of us who root for Ben Franklin’s federal baby to survive.

This should come as no surprise. Postage is way too cheap. It is still miraculous to me that any organization can deliver, say, a poetic love letter from New York clear to San Francisco and have it only take four days and cost just 46-cents.

Of course, those same two hypothetical lovers could porn-Skype for free and today  everything is all about instant gratification and that’s the problem.

But I want the post office to succeed and delivering Amazon’s packages on Sundays won’t quite cut it.

This idea occurred to me last evening when I was sitting in the bar and Mailman Joe walked in and announced he was going to order a drink in Klingon. And he did.

Or so he said. There were no Klingons in the bar who could verify the authenticity. Tuesday must be Klingon bowling night.

Either way, the English speaking bartender responded with what I guess you’d call working man’s sign language -- he flipped him off -- and brought him the same thing he always does.

But Joe’s a perfect example of why people still love the creaky and often inefficient postal service. It has a human face, even when it’s speaking Klingon.

Most of us grew up with a regular mailman or woman showing up nearly every day with a smile and stack of mail, often containing actual human letters for us to cherish

People still connect to mail carriers. Take Joe, always a lively source of conversation. He said -- in English, by the way -- that the holiday postal rush is already underway and he’d been busting his hump all day delivering an assortment of oddly shaped packages.

I told him about the time I did a story for National Enquirer that ran under the headline, “The Post Office REALLY Delivers!” It was about the day we mailed an assortment of oddball objects around the country. Items included a rubber snake, a set of false teeth, a hula hoop and a big bag of goo.

Understand, none of these items were wrapped. We’d put the stamps on the addressed objects and send them on their merry way.

It didn’t surprise Joe: “Yeah, we’ll deliver anything,” he said.

Here in Western Pennsylvania, yesterday brought winter’s first bite. It snowed about four inches and if past trends hold true, it’ll likely suck being a human here for the next four months.

I asked Joe if he’d mail me to Key West.

He gave it some thought and said, “I don’t think we could mail a human being.”

I was determined to find out how much it would cost. I asked about the cost of shipping a 190-pound package that far.

“You couldn’t get a package that weighed that much up on the scale.”

What if the package could climb up on the scale itself?

I’d stumped him. I could see he wanted this to work. He’s a real idea guy and if he could figure out a way to earn the postal service more revenue maybe he’d get a better route where poodles outnumber the Rottweilers.

Chuck chimed in that being all cramped up in the unpressurized belly of a freight transport plane at 30,000 feet would likely kill me.

C’mon! How much worse could it be than flying commercial?

And I could probably talk my way into the cockpit. Heck, I could even be an apprentice postal worker for a day to help defray my delivery costs. I could walk Joe’s route with him and deliver the other side of the street, further slicing postal expenses.

Multiply that across the country and imagine all the added revenue.

Most of today’s mail is aptly considered junk.

Many kids today get their Aunt Minnie birthday wishes through social media. They don’t know what it’s like to open the mailbox and discover the joy something so human as a hand-written letter can bring.

So just imagine the joy -- and revenue -- it would bring if during this holiday season the post office delivered something truly human.

Or in case the old babe speaks Klingon, that’d be “nuqneH, Aunt Minnie!”

Fraudulent address labels paying off for Rev. Rodell
Posted by Chris Rodell at 11:57 AM