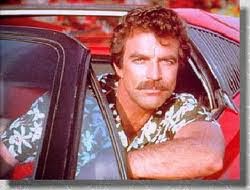 I can’t let Movember pass without re-posting one of my occasional tributes to the hairy ribbon. Writing so often about my facial hairs makes me wonder what I’d write about if I were a woman. I’m guessing breasts. I’d say we may never know, but I remain open-minded about the future and all the crazy twists it can bring so I’ll leave it open to speculation.

This has a link below to my ’11 story about the Aussie origins of Mo-vember.

Growing the mustache didn’t change any of that. So I gravitated to bars where it was dark and the girls either weren’t so picky or just too drunk to care.

• How I look with half a mustache