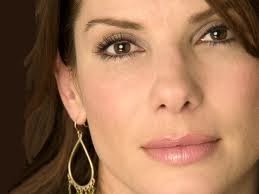 (845 words)
Val and I went to see “Gravity” the other day and really loved it. It’s great.

One quibble: for the sake of accuracy it ought to be called “Much Near-Zero Gravity Stuff Followed by a Whole Lot of Gravity Really Quick.”

Still, I couldn’t help but wonder what one particular critic would have said.

I’m talking about her ex-husband, Nazi biker Jesse James. I imagine James would say Bullock is acting cold and distant.

That review would make it difficult to tell if that was the residue of a bitter divorce or just an honest critique. See, in the film she plays a woman who is often cold and very distant -- and I mean that in the physical, not emotional, way.

Outer orbit space temperatures can descend to minus 200 degrees and the realm is very distant.

It’s impossible for me to see or think about Bullock, a woman on many lists for America’s sweetheart, and not think, “Well, there she is, one of Hollywood’s most beloved actresses, and at one time she was madly in love with a Nazi biker.”

Of all the strange celebrity marriages, this one was maybe the most bizarre.

What? Was Pauly Shore busy?

I’ll bet even Jennifer Aniston, herself a veteran of the pinball celebrity dating scene, saw Bullock was getting married to James and said, “Now, that’s really out there.”

I’ve never seen James’s reality shows, but he seems cavalier about his personal life -- and I’m fine with that.

There’ve been moments in even my life when I dreamed about what it would be like to spend some cuddle time with tattooed stripper/porn actresses.

Who am I kidding? Just typing the words “tattooed stripper/porn actresses” leads to distracting reveries.

And I was never anyone’s idea of America’s sweetheart.

I guess I’ve always held Bullock in higher regard because she was kind to me when we both went to Chris O’Donnell’s wedding.

It was 1997 and the one-time “Batman” star was getting married in Washington, D.C., to Caroline Fentress, a girl he met in when both were attending Boston College.

Bullock was there as a treasured friend and invited guest; I was crashing as a hired sneak for National Enquirer.

We had a quick informal howdy at the reception. I told her I was a fan and asked how she was doing.

“I’m doing great,” she said. “I’m really enjoying the wedding. The bride is so beautiful. They make a great couple.”

She answered a couple other questions, but each time deflected anything about herself back on the bride and groom. I remember her saying, “I don’t want to do anything to take the spotlight off Chris and Caroline.”

And she was correct. They do make a great couple.

I don’t know if either of them have any tattoos, but I know together they have five kids.

O’Donnell stars in one of my all-time favorite movies, “Scent of a Woman,” from 1992. Man, do I love that flick.

He later said of that era, “I was being offered these huge films that would have taken my career to a different level, and I decided to put the brakes on. I knew if I continued on that track I probably wouldn’t have gotten married.

“I knew when I got into this business I couldn’t have it both ways: I could either live the playboy lifestyle, or I could have a traditional family life, which is more important to me.”

As celebrity weddings go, the O’Donnell-Fentress celebration was a real snoozer. There were no drunken cat fights, no hooliganism, no public sex acts.

Bullock and James divorced in 2010 after James admitted to a string of affairs with women who looked like they’d played coke whores on “Sons of Anarchy.”

I don’t think I’ve ever heard her say what she saw in James. Maybe she just wanted to take a five-year walk on the wild side.

I hope Bullock, now the adoptive mother of a 3-year-old son, is at peace. She’s beautiful, seems smart, funny and despite her most recent role the kind of woman you’d call down to earth.

And I hope the next time she considers getting mixed up with a guy like James she’ll instead make another movie as good as “Gravity.”

That’s plenty spacey enough for everyone.