Redundant "news" about my "new" book 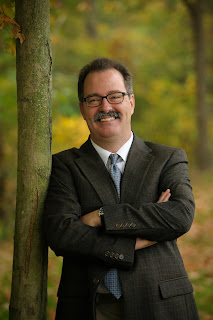 In the nearly two-year odyssey that has become “Use All The Crayons!” I keep waiting for a champagne popper moment, an episode of such unqualified good news that I’ll feel like taking the family out for a giddy splurge.

And by giddy splurge I mean something that doesn’t involve coupon night at the Taco Bell.

Instead, I keep getting good news that is qualified. Indicators I’m still nibbling at the corners of success. Remember, I paid to have this book published. That makes me the kind of “author” real authors sneer at.

Please don’t mistake any of that for ingratitude.

I’m very grateful for all the good things that have happened over the last year because of that nifty little book. I’ve sold about 1,200 books right out of my office.

That’s a not insignificant number. Consider, I don’t know 1,200 people.

I’m maybe in-person chummy with about 50 folks. Of them, only about 35 are employed people with actual incomes. Reduce that number by about half and you’ll get the 20 people who don’t resent me for owing them beer money since the Carter administration; there are about 10 or so buddies here in The Pond who like me well enough, but figure why bother buying the books when they hear all my best jokes incubating in person?

Of the remaining nine, one is illiterate, one is in rehab, one is waiting for the book to come out in a comic book version, one is sleepy, one is grumpy, one is sneezy, and two are dopey.

That just leaves my wife and I gave her a free copy in exchange for taking me out for a celebratory splurge on coupon night at the Taco Bell.

So to get the book into the hands of 1,150 relative strangers is an accomplishment.

Understand, the average self-published book sells just 100 copies. So mine’s already a success -- and that doesn’t count the nearly 1,200 copies that have been sold by amazon, independents and about 30 Barnes & Nobles that have graciously agreed to stock the book.

Best of all the book’s given me abundant opportunities for hopeful belief that even better things are bound to happen, and without hope we perish.

That’s what makes what happened this week so promising.

As I said, my (same) new book is published again.

It’s mostly the same book, but on October 14 it became in the eyes of the publishing industry a brand new book. It has a whole new ISBN (International Standard Book Number) and various publishing perks previously unavailable to the title.

It’s done well enough to draw the interest of professional book sellers who will now be making polished pitches to every major book outlet in North America. In addition, the book will be submitted for awards, reviews, and other publicity opportunities that could lead to sales bonanzas.

So does this mean you’re missing out if you don’t rush out and buy the “new” book?

I’m pleased that all the changes were mostly cosmetic. I wouldn’t want to do anything that would seem to refute all the original’s accomplished. But I was able to swap about a dozen numeric items that seemed like tame space fillers for punchier ones.

In fact, the only way most readers will be able to tell the difference is that the new version’s back cover will feature the professional author photo recently shot.

That’s it up top.

I’m sure you’ve already enjoyed a good chuckle over it. My daughters saw it and absolutely howled with laughter.

Go ahead, take another look. It’s alright to snicker.

It was awkward for me, too. But I have to admit it’s more impressive than the grungy one of me taken in front of the garage map.

Plus, unlike the original, my face in the new one is clean shaven. And everyone knows readers prefer books written by fresh-faced people to ones authored by old men in beards.

Well, besides the Bible.

So with that let’s not think of October 14 as the birthday for my (same) new book. Let’s consider that was the day the old book became born again.

See, one thing’s never going to change and that’s the stipulation that the key to happiness is to use ALL the crayons, and not just the otherwise worthy ones found behind the stained-glass windows.

My “Crayons!” book featured in USA Today.com
Posted by Chris Rodell at 1:19 PM

Email ThisBlogThis!Share to TwitterShare to FacebookShare to Pinterest
Labels: Chris Rodell's book, good author pictures for book jackets, how to sell self-published books, iUniverse STAR author, Use All The Crayons, what is ISBN