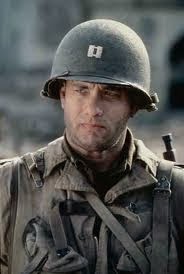 (897 words)
I saw Tom Hanks was going to be on the effortlessly classy “CBS Sunday Morning” show and thought, as I always do, that Hanks should be a verb. His name sounds like an incomplete sentence.

“Yeah, me and my old lady had a bottle of wine and then went upstairs and hanked the night away.”

I just think “to hank” is a dandy verb in search of a meaningful definition.

Then I thought the second thing I always think when I think of Tom Hanks: “There he is, America’s most overrated actor.”

I’m shy about saying this because Hanks is beloved. This was before Monday night when Hanks revealed to David Letterman he’s suffering from Type 2 diabetes.

So I absorbed the entirety of the CBS profile and thought the third thing in my reliable Hanks thought trilogy:

I encourage you to seek out that profile and watch it. I believe Tom Hanks is more interesting talking about being Tom Hanks than he is acting like he’s anybody else.

If that comes across as a slam, it is unintended. He exudes a joyful humanity in which I’d like to bask.

I think that’s why so many of us felt a little rattled when he announced with characteristic grace and wit that he is unwell.

There had to be some mistake. Was he setting up a joke? Tom Hanks should never feel sick or threatened. How could this happen to Hanks when Donald Trump still seems fit?

I’ve been appreciative of Hanks since about 1981 when he and Peter Scolari starred on “Bosom Buddies,” a very funny sit-com about two heterosexuals who dress in drag to score cheap NYC rent. The show co-stars the ever-vivacious Holland Taylor, still the most famous person to follow my 8days2amish tweets.

Both the stars were hilarious and I wonder why that show’s never made the syndication rounds.

And I’ve always wondered why Hanks’s career took off like an Apollo 13 rocket, while Scolari, an equally talented comic actor, has gone on to toil in bit-part anonymity.

I thought about the latter every time Hanks starred in bigger and bigger hits. There was “Splash,” “Big,” “A League of Their Own,” “Sleepless in Seattle,” and “You’ve Got Mail!”

And the acclaim kept rolling in.

He won Academy Awards for “Philadelphia,” a snoozer I felt was overrated because it was the first mainstream feature about AIDS, and “Forrest Gump,” his most iconic role.

It was as Gump that I began my critique that Hanks is overrated. My wife and I are maybe the only two people who don’t rave about Gump.

We just didn’t like it. I appreciate its inspirational aspects, but it seemed cartoonish, and it was at that point I really began observing Hanks to see if he’d become a typical Hollywood glitter shitter.

To me, he was still a bra-stuffing sit-com actor who got lucky.

I think he’s been great just once. It was in the excellent “Saving Private Ryan,” from 1998.

I’ll even pinpoint the exact moment.

It’s when two of his soldiers are in a murderous rage over their ill-fated mission. At each other’s throats, Hanks’s Capt. Miller walks up and calmly asks, “Mike, what’s the pool up to on me? 300? Is that it? 300 dollars . . . I’m a schoolteacher. I teach English composition in this little town called Addley, Pennsylvania.”

The men had an on-going wager about what the enigmatic Miller did back home. His following soliloquy is achingly poignant.

And I think why it works so well is because it’s just Hanks being Hanks, just an ordinary guy.

That’s why I say he’s usually more compelling off-screen than on.

He’s this ordinary guy whose films have earned $8.2 billion around the world. He is beloved. People break down and weep at the sight of him.

And that’s not hyperbole. It’s what happened to an accomplished professional woman featured in the “CBS Sunday Morning” profile.

The segment concludes with an interview with a Navy doctor who has a pivotal role in the film. She’s the real deal, too, an actual Navy doctor cast to play a Navy doctor.

She said when she met Hanks she began hyperventilating, breaking out in hives and becoming so distraught that Hanks asked if the doctor needed a doctor.

His reaction is all at once funny, caring and charming.

I saw it and said, “Val, we need to go see this ‘Captain Phillips’ movie right away. It looks great, but more important we all need to do all we can to ensure Tom Hanks continues to thrive because he just seems like the world’s greatest guy.”

I mean that. One of Hollywood’s biggest stars, he’s never been mentioned in even a single scandal. On the contrary, anytime Hanks makes news it is for doing something beneficial to mankind.

We’re all a little better off when guys like Hanks succeed.

You may not in my humble estimation be a great actor, but you, sir, are a great and decent man. And that means infinitely more.

Maybe one day appropriate meaning will be found for hanks to become the active verb it seems destined to be:

“Yeah, Tom hanks the lives of everyone he knows. He will be forever loved.”

We may disagree at last. Not about Hanks the nice guy, but about his acting abilities. I'm guessing it takes quite a bit of ability to make it seem like you're not acting at all--that you're just an ordinary guy who happens to be starring in a movie. I would submit "Castaway" as the best evidence, since he pretty much carries the film on his own. Though all credit to the volleyball.

I think, Tom, our friendship will survive this dispute. And weren't we going to try and enjoy a junket together this year? My pickings were slim.

As for Hanks, I'm sheepish about criticizing him. I did enjoy Cast Away, and I loved him with Leo in "Catch Me if You Can."

But my idea of a great actor is someone who mesmerizes. Like Nicholson, Eastwood or DiCaprio, it's someone you can't take your eyes off. That's never been Hanks.

And I think his legacy is weighed down by too many dippy romcoms.

I hope you'll indulge me on this one. Thanks!

And I really loved him in "The Ladykillers."

I'm nothing if not indulgent! Now that you mention it, I've yet to see "The Ladykillers," my sole Coen Bros. miss.

Great! I think you'll love Ladykillers. I need to see it again soon, too. It's fun and Hanks looks like he's having a ball.