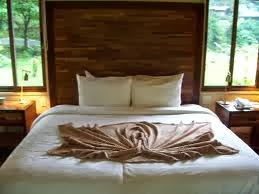 (1,041 words)
I think we can all agree that the worst part of everyone’s day is having to wake up and get out of bed.

The common bed is the man’s most marvelous innovation.

It surpasses even fire because with enough afghans, snuggly comforters or cozy companions you don’t even need warmth.

Stacking the pillows into a pyramid and cuddling up with a really good book is a wonderful thing to do in bed, as is reading Dr. Seuss to the kiddies.

And many of us who’ve made it through puberty intact know of something else humans enjoy doing in bed.

So beds are like the Swiss Army knives of pleasure and relaxation.

Many people love their vehicles, but beds are far superior possessions.

The state doesn’t require that once a year someone with greasy hands come in to inspect your bed to make sure its emissions are in compliance; birds don’t poop on your bed seconds after you’ve just washed and waxed it; and there’s near-zero chance a herd of crazed motorcyclists on crotch rockets are going to surround your bed and threaten your family.

So if, as we’ve just proven, beds are the best that must mean that naturally man’s worst innovation is the alarm clock.

Just the name sends shivers up the spine.

Describing anything with the adjective “alarm” automatically sets the nerves on edge. Objects or activities that should be otherwise fun become filled with menace when described with “alarm.”

Three-quarters of my already-meager readership would probably disperse if I started calling this “The Daily Alarm Blog.”

Sure, maybe bosses are worse because without bosses none of us would need alarm clocks but bosses, like corporations in the eyes of the Supreme Court, are people so it’s not really their fault.

I mention this now because I’m becoming acutely aware of the most nefarious part of the alarm clock.

I’m talking about the snooze alarm.

Alarm is such a vile word it even ruins a wonderful word like snooze.

I love to snooze. I snoozed through high school, college, my fledgling career and have somehow snoozed my way into what by many standards is a joyful and comfortable life.

I’ve proven the old adage wrong. I snoozed, I won.

At least I have until recently.

Then something momentous happened to the Rodell household.

She’s going to be using her many deft skills to transcribe lectures for hearing-impaired students at St. Vincent College. It’s very interesting work and it could lead to great niche options we’re just beginning to imagine.

This is coinciding with a lucrative rush of freelance editing gigs that are consuming her time. Plus, the kids are becoming involved in after-school activities that mean she’s always on the go.

This news about the job is very welcome because it brings a fresh influx of badly needed income into the house. It bestows her with responsibility, community esteem, and skills that promise greater opportunity.

It’s all happening to her, not me!

Previously, she’d rise with the sun, after I’d belong gone.

I try and be carefree about life, but that’s difficult for rational beings. So I wake up at 3 a.m. most mornings and toss and turn over an awareness that the giddy tightrope upon which I trod may one day snap.

Plus, I’ve come to believe my blog is better when I write it while I’m half asleep -- and that’s the condition I encourage you to read it as well. Being soused helps, too.

Really, comprehension matters not at all -- just as long as you keep on clicking!

So I set my alarm for 6 a.m. Ideally, I stumble into the office, write about 750 words, and go back in time to put the kids on the bus.

And my “alarm” is my iPhone so I customize it with music. I tried the Stones’ “Time Waits for No One,” but that’s too tyrannical a thought with which to start the day.

So now I rely on the soothing Bob Dylan relative rarity, “Born in Time.” Just the title lets you know it’s the perfect wake-up song. And any time Dylan’s singing can be described as “soothing” is a rarity so it’s pleasing wake-up tune.

But now Val is setting her alarm even earlier than mine. And hers is the most annoying sound conceived by man.

It’s considered a buzz, but that doesn’t do it justice.

If you’re distraught over yesterday’s Pirate loss and eager to end it all, try this: go right now and make that sound in the face of some co-worker or handy stranger. Guaranteed, they’ll shoot you dead and the juries will rule the homicide justifiable.

And that’s the sound to which I wake up nearly every morning now.

Worse, it wakes me up three times every morning.

As bad as the alarm clock is, it only wakes you up once. The snooze alarm in Val’s case wakes us up three or four times.

So on those rare days when I’m trying to catch up on sleep, I’m awaked three times by cardiac events.

Being jarred awake is so traumatic I don’t know why anyone would want to do it more than once a day.

So the snooze alarm devours about 30 minutes of possible sleep.

Now I’m even more sleep-deprived and cranky than usual.

I fear the sleeplessness will lead my never-substantial productivity to further tank and soon I’ll be pleading with businesses like Comcast and to give me free cable just because I’m too sweet a guy to go without.

No doubt my plea will fall on deaf ears.

At least Val will be there to translate for me.

Email ThisBlogThis!Share to TwitterShare to FacebookShare to Pinterest
Labels: alarm clocks suck, really sumptuous beds, Time waits for no one, transcripts for hearing impaired, wake up with Bob Dylan