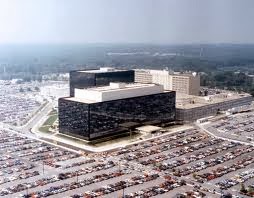 (704 words)
I have a hard time believing Angela Merkel’s husband was even listening to what Angela Merkel had to say on the phone.

It sounds like we’re devoting an awful lot of resources to spying on people who have very little to say.

The NSA scandal widened yesterday when it was learned another 60 million phone and text messages were intercepted.

I heard that and thought, wow, that’s a really big number.

Then I learned that was just one month -- one month! -- and that all 60 million of those messages originated in Spain.

Remember, they’re on our team. We like Spain. People vacation there. “Price is Right” contestants practically crap themselves when Drew Carey reveals their bid has earned them a trip to Spain.

And probably so are most of the Spaniards.

Why are we devoting so many precious resources to spying on Spain?

I have to believe about 59.9 million of those messages were along the innocuous lines of some guy named Pablo being told to go to the bodega to pick up some milk, garlic and sliced jamon.

For the past decade!

And who had to sift though all those messages?

High-side estimates are that the NSA employs 40,000 snoops.

Listening in on 60 million Spanish phone and text messages sounds like it should be a job for our 2.6 million convicts. Sure, the exercise would be utterly pointless, but it would reduce the down time felons had to perfecting more efficient ways to produce prison meth.

Or, better still, it seems like the kind of work that should be outsourced.

Straight back to Spain!

I say that in jest but things are so farcical in Washington today I can one day foresee a Congressional investigative committee witness testifying, “Well, we had so many Spanish intercepts we had to hire a Barcelona firm to translate and prioritize the 60 million Spanish messages we were gleaning each month.”

“How did you determine whether the Spaniards you hired were trustworthy?”

“We hired some Spaniards to spy on the Spaniards.”

It all kind of makes you long for the good old days of spying before computers ruined it all.

I tend to judge the coolness of any profession on how easily bragging about it leads to the braggart getting laid.

By that standard, no profession in the world has suffered more than those devoted to international espionage.

Revealing you were an undercover spy used to be a surefire way to get truly undercover. It’s my understanding no one excelled at this like the French.

I recall the story of the one Cold War French spy who was secretly photographed in bed making passionate love with a woman who wasn’t his wife. Eager to blackmail, his Soviet counterpart confronted the Frenchman in a Parisian coffee shop. He sneered he had photographic evidence that would ruin his marriage and his career and that the Frenchman had better start spilling secrets.

Then he revealed the illicit pictures.

My how times have changed.

Only an idiot would think boasting he or she worked for the NSA would lead to getting laid.

I’d be more curious about how people who sell shoes spend their days.

I imagine the NSA work environment is a lot like it was envisioned in the “The Simpsons Movie” from 2007. The film depicts a coliseum-sized warehouse with more than 10,000 droid-like functionaries sitting there closely monitoring the kinds of inane conversations you overhear when you’re on a traffic-stuck bus.

And it’s all done under the auspices of a classified budget estimated to be as high $10 billion in annual taxpayer moolah.

The future of Edward Snowden
Posted by Chris Rodell at 12:04 PM